Hollywood star Chris Hemsworth is all smiles as he shoots for Netflix film in India, see pics 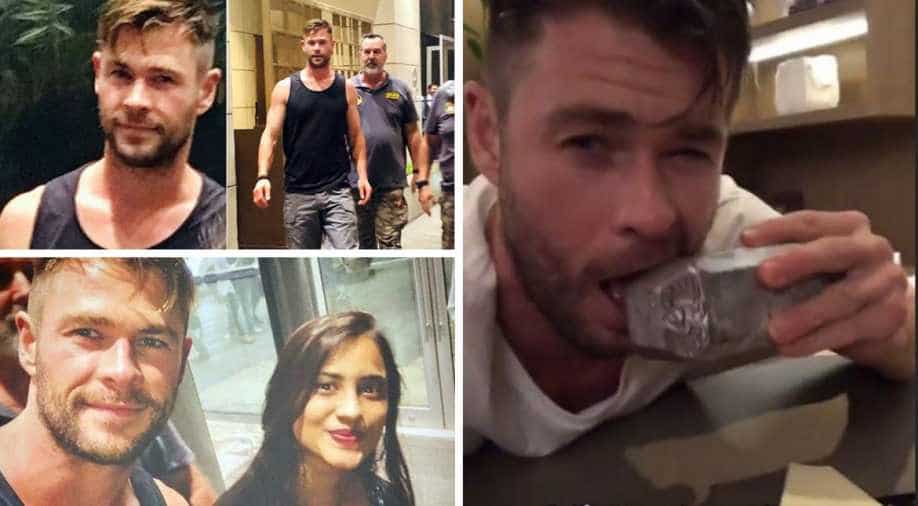 Chris Hemsworth is in Ahmedabad currently to shoot for his maiden Netflix project, a film titled 'Dhaka' in which he will be playing a man who will rescue a kidnapped Indian boy.

For those who are still unaware, Hollywood star Chris Hemsworth is in India shooting for his maiden Netflix project with Bollywood actors Manoj Bajpayee and Randeep Hooda. The project titled ‘Dhaka’ features Chris as someone who rescues a kidnapped Indian boy.

The shooting is currently on in Ahmedabad and will be a crime drama based in India.

Shooting in the quiet city, Chris seems to be excited for his trip to India as he is seen sharing pics and videos on Instagram. In one, he poses with the goodies that came to him as part of his ‘welcome package’ that includes an assortment of desserts in the form of a photo frame with his picture as Thor in it, his hammer and others.

The film has been written by Joe Russo and brings Joe and Chris back again together after their recent collab in ‘Avengers: Infinity War’.

‘Dhaka’ is being helmed by debutant director Sam Hargrave.

On another front, when Chris was asked about the upcoming film (that is tentatively titled as ‘Avengers 4’), he said, “If you were shocked by [Infinity War], I think the second one is even more shocking, for other reasons entirely, that’s what kind of blew me away the first time I read both scripts, is how they managed to orchestrate so many different characters but give them each their own separate shot and moments, and have it be elevated and feel fresh and unique—not just like a messy, thrown-together assembly of these guys.”