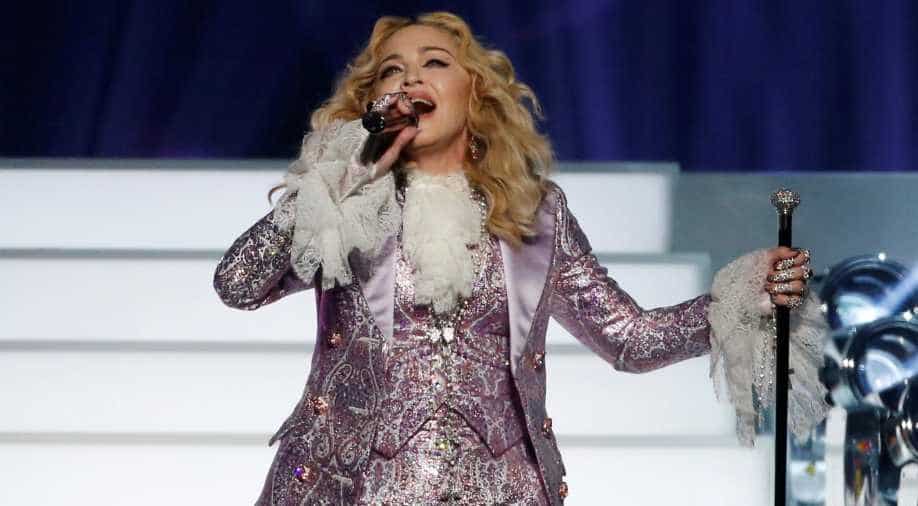 Madonna made no mention of "indescribable" pain that she has been experiencing recently.

She’s Madonna after all!

The singer is back on stage and has resumed her Madame X world tour as she performed last night in London wearing knee support and made no mention of "indescribable" pain that she has been experiencing recently.

Madonna was seen doing yoga poses, high kicks and even did a few splits during a high octane show that was for about two-and-a-half-hour show. The show took place in The Palladium that seats just 2286 people and thus it was Madonna's smallest-ever-full-length concert in the UK.

Speaking to her fans, Madonna said, "How could I not do a show in London?" and added that she is "happy to have made it.”

The London show had dancers in gas masks, nuns playing cellos, cameos from her children and urgent messages about school shootings and climate change. The theme was all tied together by the character of Madame X, a secret agent who is a prisoner, cabaret singer, cha cha instructor, equestrian and a prostitute.