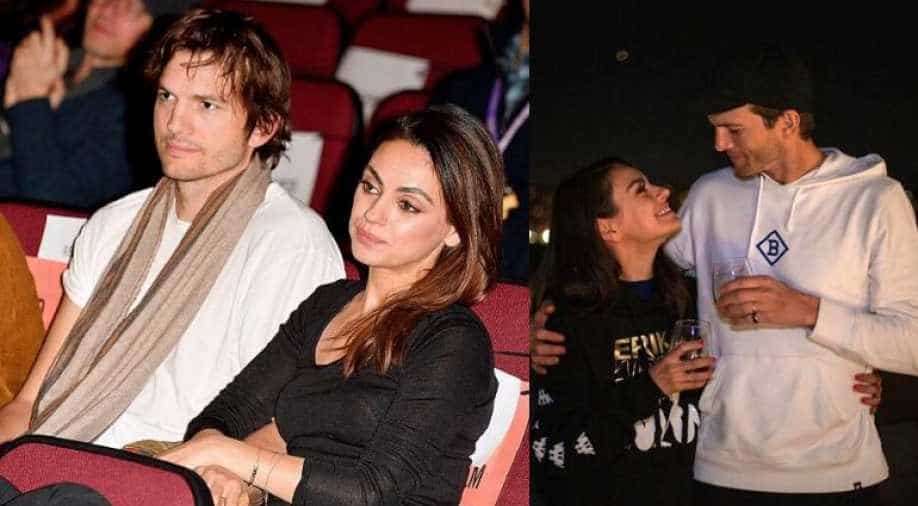 The couple, dressed in casuals, were present for the premiere of the film that took place at Eccles Center Theatre in Park, City Utah on Sunday.

The two- who tied the knot in 2015 and have two children together- intertwined their arms around each other as they watched the film.

The two actors kept their outfits casual for the premiere as Ashton was seen in a white T-shirt with a scarf while Mila was dressed in a black top with dark jeans and gold jewellery.

Ashton did not pose on the red carpet but was later seen clicking pictures with Mila and her co-star Glenn Close inside the theatre.
Based on a Washington Post article by co-writer Eli Saslow, 'Four Good Days' is the story of a mother and her estranged daughter Molly (Kunis) who is a recovering addict.