Here's the teaser of 'Proper Patola' from 'Namaste England' 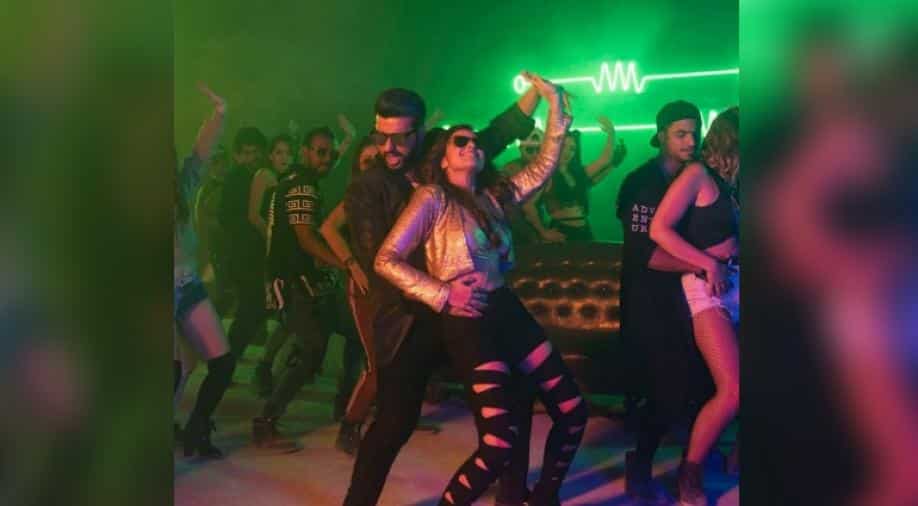 Arjun Kapoor and Parineeti Chopra in a still from 'Namaste England' Photograph:( Twitter )

The makers of Namaste England have unveiled a teaser of the new song titled `Proper Patola` from the film.

Bollywood actor Parineeti Chopra took to her official Twitter handle and shared the teaser, writing, "P.R.O.P.E.R P.A.T.O.L.A!! (me not him )"In the 27-second clip, Parineeti and Arjun can be seen grooving to peppy beats, which for sure make up for a perfect dance number.

The `Meri Pyaari Bindu` actor can be seen donning a crop top, with a short jacket, cut-out jeggings, and golden earrings, while the `2 States` actor is looking dapper in a t-shirt, jacket, and jeans.

The duo looks absolutely stunning rocking shades together in the teaser of the song. It is composed by Badshah and sung by Diljit Dosanjh, Badshah, Aastha Gill. This will be Badshah`s second song for `Namaste England` after the chartbuster `Bhare Bazaar`.

The film has already been creating immense buzz showing the crackling chemistry between the leading duo.

This will be Arjun Kapoor and Parineeti Chopra`s second collaboration after their debut film `Ishaqzaade`.Starting from Punjab and moving to London, the movie traces the journey of two individuals, who travel across the landscapes of India and Europe.

The movie is a sequel of 2007 film `Namaste London`, which starred Akshay Kumar and Katrina Kaif. Directed by Vipul Amrutlal Shah, the flick will hit the big screens on October 19, this year.