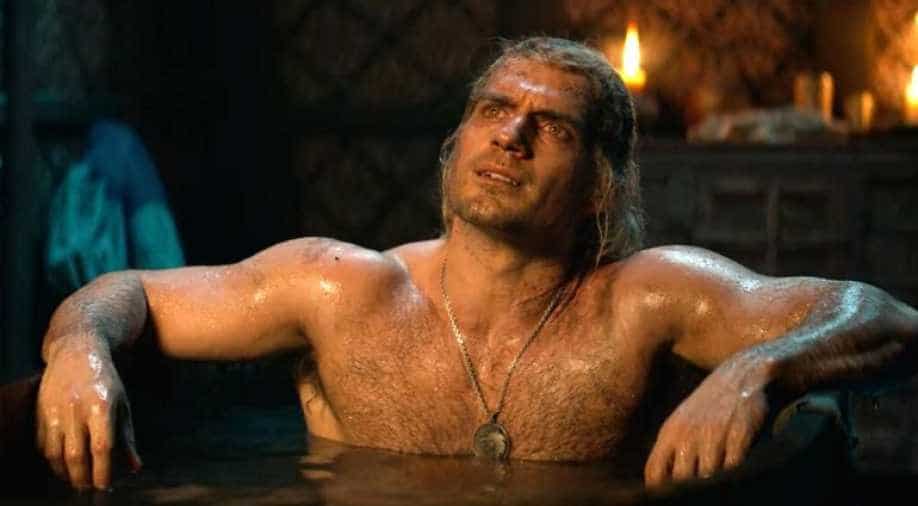 Cavill curbed his water consumption to reduce water weight and to accentuate his body muscles, the actor said.

Talk about method acting! British actor Henry Cavill recently revealed that he stayed dehydrated for three days just to show off his muscle for shirtless `The Witcher` scenes.

According to reports, the 36-year-old actor had more than a few shirtless scenes in his latest Netflix series `The Witcher.`

Cavill curbed his water consumption to reduce water weight and to accentuate his body muscles, the actor said. On Friday during an appearance on `The Graham Norton Show,` Cavill said, "That`s the worst part of it. Like, diet is difficult, and you`re hungry, but when you are dehydrating for three days, you get to the point on the last day where you can smell water nearby."

The actor further mentioned that he coupled up with some last-minute push-ups just before the camera rolled as it made his skin so thin that it sat on the muscle.

"The training for these kinds of things, the most important thing is your health so you can stay physically fit without injuries while doing all these crazy things," said Henry.

Cavill not only rocked long blonde hair for Geralt`s lead role, but he also had yellow eye contacts. Which he said were good, although he didn`t see much.