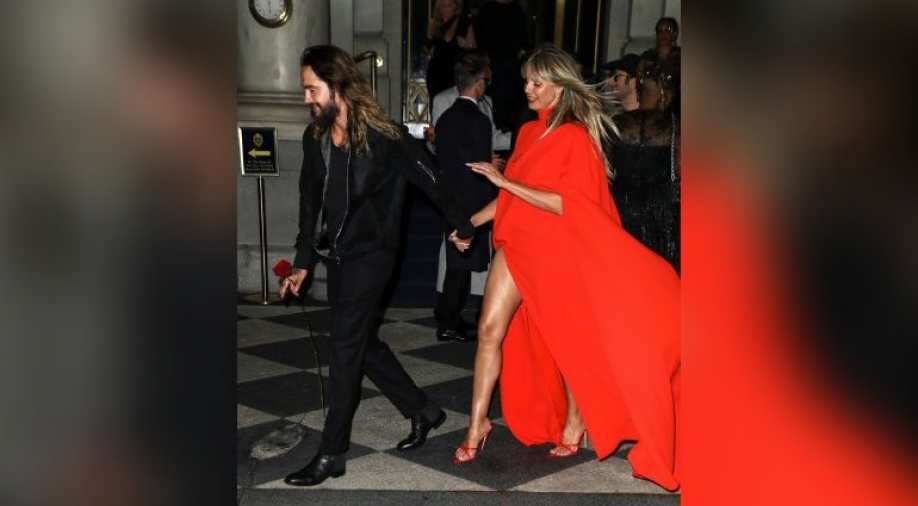 Supermodel Heidi Klum and Tom Kaulitz who tied the knot last month made their debut red carpet appearance on Friday. The couple made heads turn for their night out at the Harper's Bazaar Celebrates "ICONS by Carine Roitfeld" event at The Plaza Hotel in New York City.

The former 'America's Got Talent' judge dressed in an orange turtleneck floor-length gown with a high slit that showed off her toned legs. She completed the look with a red lip, peep-toe red shoes, and a small matching clutch.

Kaulitz wore a black bomber jacket over a black shirt with matching pants and shoes. The supermodel had worn a traditional white gown for her wedding on August 3. She went for a strapless dress with layers of tulle adding to its charm.

The wedding fiesta was held on a yacht in Capri with the boat all decorated beautifully with flowers. Meanwhile, the groom twinned with his wife as he wore a white blazer pairing it with a light blue shirt. The ceremony was officiated by Kaulitz's brother, Bill. Also joining the party were Klum's four children.