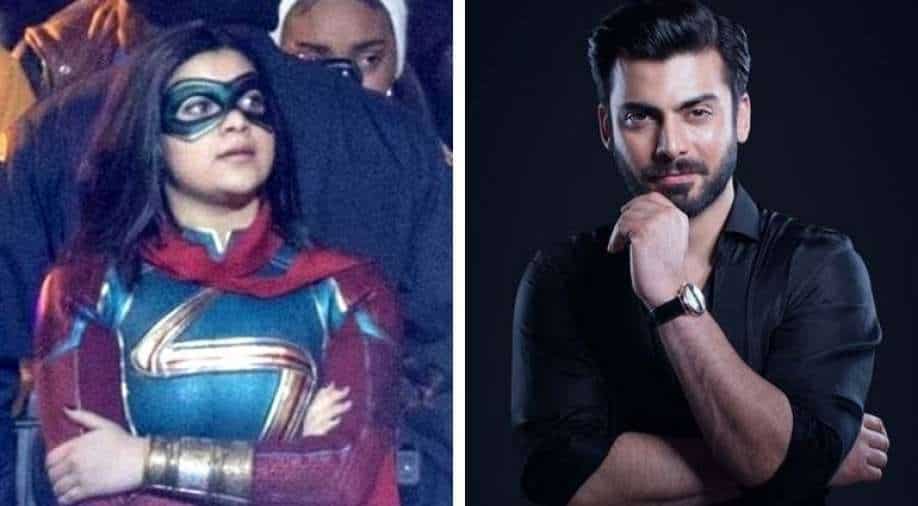 While Fawad has not confirmed the news yet, his name appears among other cast members on the show's official IMDb page. The cast also includes Pakistan's Nimra Bucha, Samina Ahmad and Indian actor-filmmaker Farhan Akhtar.

The series which is scheduled to premier on Disney+ has Canadian actress Iman Vellani  playing the titular role.

While Fawad has not confirmed the news so far, his name appears among other cast members on the show's official IMDb page. The cast also includes Pakistan's Nimra Bucha, Samina Ahmad and Indian actor-filmmaker Farhan Akhtar.

Fawad reportedly appears on one of the episodes of the show and his character is called Hasan.

There has been no official confirmation of the cast by Marvel so far and the entire project is being kept under wraps.

Some on Twitter have speculated if Fawad Khan, who played the lead in popular shows like 'Zindagi Gulzar Hai' and 'Humsafar', is actually part of the show. Many have speculated whether it's Pakistani theatre actor Fawad Khan who has been credited on IMDb and not the popular star.

Part of Marvel's phase 4, the series is yet another attempt by MCU towards inclusivity. It has already put together a star cast from diverse ethnicity in the upcoming film 'Eternals' which features Salma Hayek, Angelina Jolie, Gemma Chan, Kit Harington and Kumail Nanjiani among others.