Has Adele got secretly engaged to beau Rich Paul? 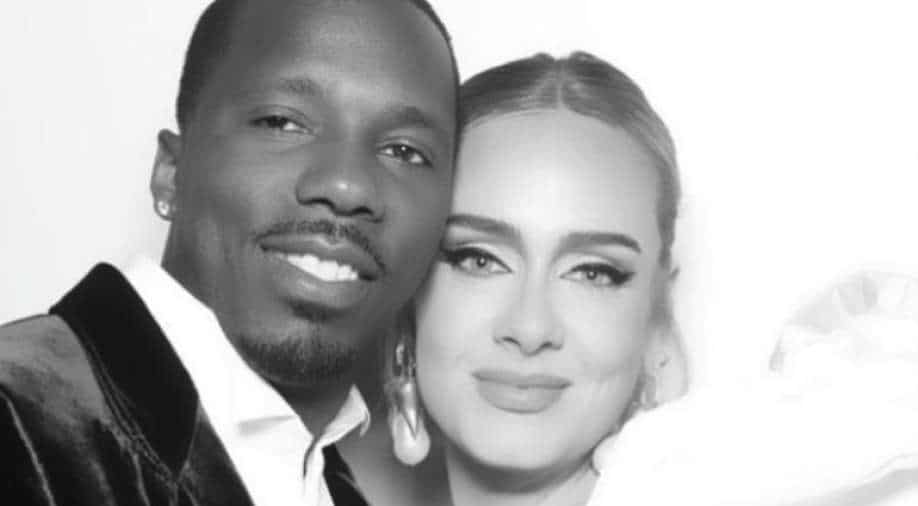 The 33-year-old looked stunning in a black coloured custom Giorgio Armani Prive dress which had a plunging neckline.

Adele made headlines at BRIT Awards on Tuesday for more reasons than one. The singer took home the major awards including 'Artiste Of The Year and Album Of The Year and also sparked engagement rumours with beau Rich Paul as she was spotted donning a massive diamond ring on her left ring finger.

The 33-year-old looked stunning in a black coloured custom Giorgio Armani Prive dress which had a plunging neckline. Although she took three major accolades at the ceremony, it was her massive diamond ring that was the talk of the town. 2022 BRIT Awards: Key winners of the night

The 'Easy On Me' songstress is currently dating sports agent Paul, with whom she reportedly "sobbed and shouted" over the phone while preparing for her recently postponed Las Vegas residency.

"Adele's been crying and couldn't get through a single full rehearsal for the past month," said a source linked to the management team at Caesars Palace, where the shows were to take place.

"Just constantly on the phone with Rich ... loudly shouting and sobbing," the source added in a statement to Page Six.

Rumours of her breakup with Paul started doing the rounds on the internet when a Las Vegas-based journalist said, "There are rumblings that there are stresses related to Adele`s relationship."

However, 'The Rolling in the Deep' star was quick to refute the rumours.

She posted a blurry selfie on her Instagram account last week of herself smiling, giving a shoutout to the NBA insider at the end."Hiya, so I'm really happy to say that I am performing at the Brits next week!! Anddddd I`ll also be popping in to see Graham (Norton) for a chat on the couch while I`m in town too! I'm looking forward to it! Oh, and Rich sends his love," she shared at the time.

Adele and Paul have been dating for around six months and were first spotted sitting together at Game 5 of the 2021 NBA Finals last summer.

Adele is mother to 9-year-old son Angelo Adkins whom she shares with her ex-husband Simon Konecki.