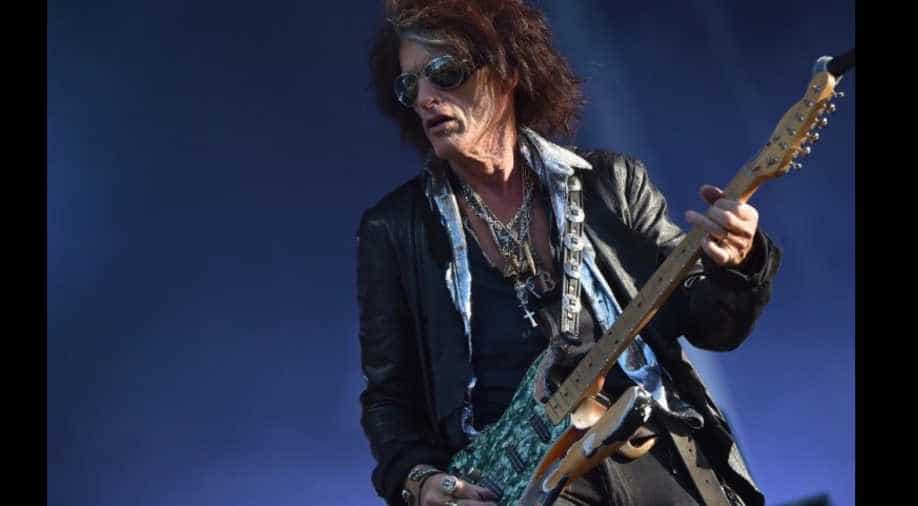 Perry, who is 68, suffered "shortness of breath and was treated backstage by paramedics who gave the guitarist oxygen and used a tracheal tube to clear his airway," said a statement from a spokesman.

It said he was "alert and responsive" on Sunday, but would have to cancel an appearance later in the day at a rock 'n' roll fantasy camp in Florida.

"Perry is expected to return to the road later this month," the statement said.

Perry was playing hit song "Walk This Way," penned by him and Aerosmith's Steven Tyler and later covered by hip-hop group Run-DMC, shortly before he collapsed in his dressing room.

Perry, who has been inducted into the Songwriters Hall of Fame and, with Aerosmith, into the Rock and Roll Hall of Fame, is ranked by Rolling Stone as one of the 100 greatest guitarists of all time.