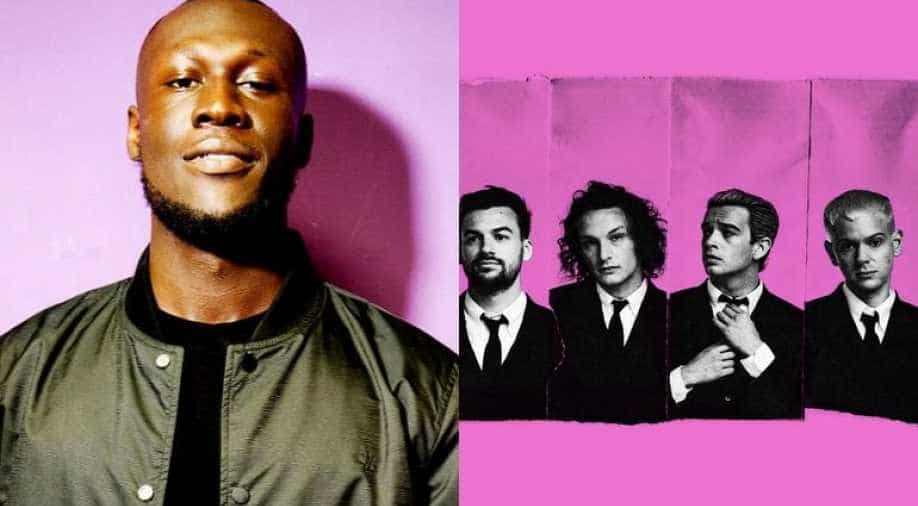 Rockers the 1975 and grime star Stormzy triumphed at the Q Awards in London on Wednesday, winning Q Best Act in the World Today and Q Best Solo Artist, respectively, at the annual ceremony hosted by British music magazine Q.

Eighteen awards, including some, voted upon by readers, were handed out, including new accolades Q Song of the Decade which went to singer/songwriter Lana Del Rey's 2011 hit 'Video Games' and Q Best Vocal Performance given to rapper and actor Little Simz.

Other winners included rock band Foals who scooped Q Best Album for 'Everything Not Saved Will Be Lost (Part 1)', singer Lewis Capaldi who took Q Best Track for his song 'Someone You Loved' and rapper Dizzee Rascal who won Q Innovation In Sound.

"All of the fodder for the lyrics was to do with feeding off the current time," Foals singer and guitarist Yannis Philippakis told Reuters on the red carpet, referring to the band's album.

"So there's a message, I guess, of confusion ... because we live in confusing times ... like the environment, social disruption, isolation, technological threat ... That's the kind of landscape that the record exists in ".

Capaldi said of his hit song 'Someone You Loved': ''I knew that people who liked my music already would enjoy it. I never thought it would open up doors to anybody else ''.

Q Icon went to French singer Christine and the Queens while Sonic Youth co-founder Kim Gordon took Q Hero at the awards, which were established in 1990.