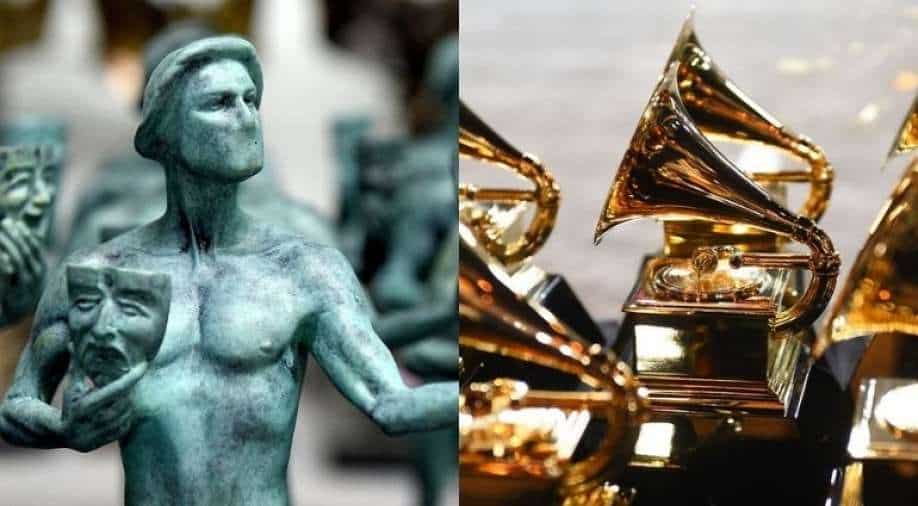 Grammy Awards has been rescheduled to March 14 which is the set date for SAG awards which was announced back in July 2020.

The Recording Academy announced on Tuesday its decision to postpone 2021 Grammy Awards due to the surge in coronavirus cases in Los Angeles.

The new date, March 14, now conflicts with the already scheduled 2021 Screen Actors Guild Awards which was announced back in July 2020. SAG awards honours the best in film and television every year.

SAG-AFTRA expressed its disappointment in the Recording Academy's decision in a statement posted to its website on Wednesday.
"We are extremely disappointed to hear of the conflicting date, March 14, announced today for this year’s Grammy Awards telecast," SAG-AFTRA said. "We announced the same date for the SAG Awards last July with the intent to give the greatest possible scheduling consideration for other awards shows. We expect the same consideration from sister organizations throughout the industry."

"We are in contact with the Recording Academy and will continue to work with our sister organizations to find ways to make this year’s awards season as successful as possible," the statement concluded.

On Tuesday, Harvey Mason Jr., chairman and interim president and CEO of the Recording Academy said in a statement, "After thoughtful conversations with health experts, our host and artists scheduled to appear, we are rescheduling 'The 63rd Annual GRAMMY Awards®' to be broadcast Sunday, March 14, 2021."

The ceremony was earlier scheduled to take place on January 31 at the Staples Center in Los Angeles. So far there has been no reaction from the Recording Academy over SAG's statement. It would be interesting to watch if they do consider SAG's request and change the dates of Grammys once again.