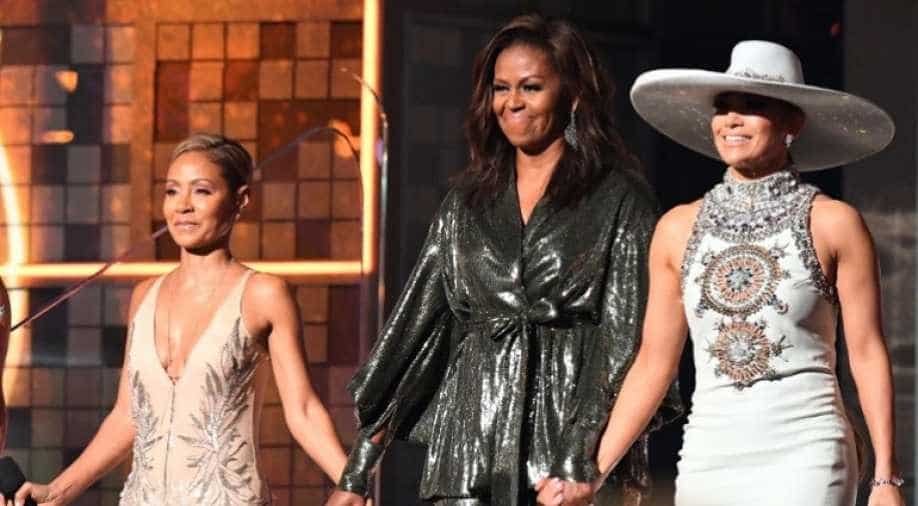 Michelle Obama made a surprise appearance on the Grammys stage Sunday

"Music shows us that all of it matters -- every story within every voice, every note within every song," said the former first lady, looking glam in a sparkling gunmetal pantsuit with a 1970s-esque wrap jacket.

"Is that right, ladies?" she said to resounding applause.

The Recording Academy behind the awards gala has faced a barrage of criticism for not embracing diversity within its ranks, after nearly muting women nominees at the show last year.