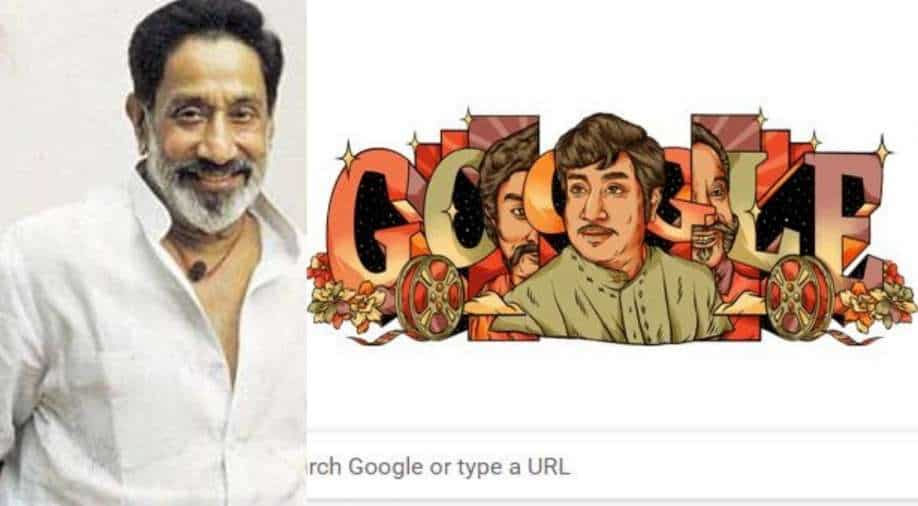 On Friday, Google honoured one of the legends of Tamil cinema, Sivaji Ganesan with a doodle on his 93rd birth anniversary.

The doodle was created by Bengaluru- based artist Noopur Rajesh Choksi.

Ganesan is considered one of the greatest influences on Indian cinema. He was widely known as India's first method actor. Born on October 1 1928 in Villupuram a town in Tamil Nadu, Ganesan left home at the age of 7 to join a theatre group. He played female roles and children's characters in his early days and subsequently graduated to play lead roles.

He attained superstardom in December 1945, when he played Indian king Shivaji in a play. Born as Ganesamoothy, he rose to fame as Sivaji Ganesan post this play and carried on to rule the hearts of people with his screen name.

Having made a name for himself in theatre, Ganesan made his film debut in 1952 in 'Parasakthi' and went on to do over 300 film in a career spanning over five decades.

In 1960, he became the first Indian performer to win a Best Actor award at an international film festival for portrayal in period drama 'Veerapandiya Karrabomman'. The film is considered one of Ganesan's biggest blockbusters.
He is also remembered for playing nine characters in his 100th film 'Navarthi'.

Ganesan was awarded with France' highest decoration, Chevalier of National Order of the Legion of Honour in 1995.

The Indian government honoured him with cinema's highest honour- Dadasaheb Phalke Award in 1997.

Ganesan breathed his last in 2001 and while it has been over two decades since his death, he continues to inspire generations of actors.