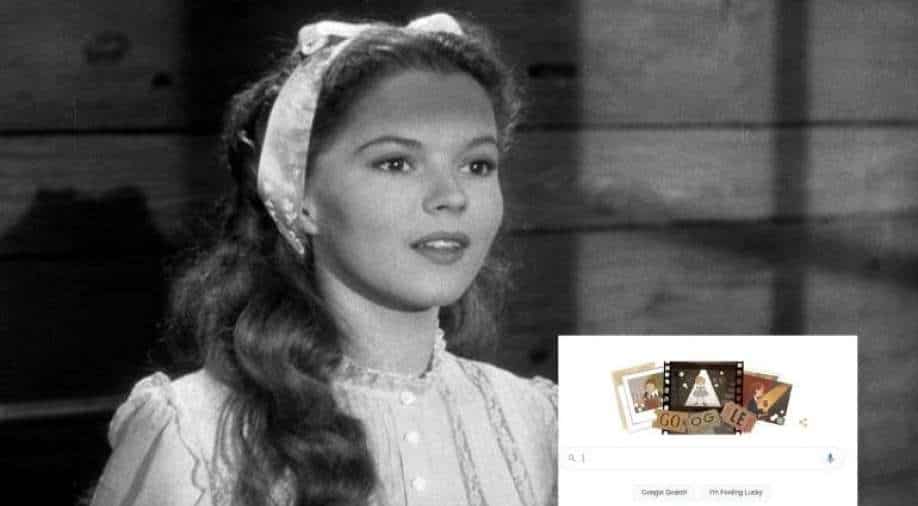 Shirley Temple was an actress, singer, dancer and a diplomat Photograph:( Others )

Hollywood's iconic star Shirley Temple was honoured on Wednesday with a Google doodle.

Hollywood's iconic star Shirley Temple was honoured on Wednesday with a Google doodle. On this day, in 2015, Santa Monica History Museum opened 'Love, Shirley Temple'- an exhibition feature rare memorabilia of the actress-singer.

Shirley Temple not only was an actress, singer and dancer but later also worked as a public servant in the US. Born on April 23, 1928 in California, she started her career in films at the age of 3 and was a star by the time she was 10 years old. She starred in several Hollywood musicals including ‘Stand Up And Cheer’ and ‘Bright Eyes’.

Temple retired from movies in 1950 but remained in the public eye due to her involvement in public service as a diplomat.

“Not only did Temple help millions of Americans through the hardships of the Great Depression as Hollywood’s top box office draw, she also later shared her charisma with the world through her work in international relations,” Google says in a tribute.

She was appointed as a representative of the US to the United Nations in 1969. Temple eventually became the first female Chief of Protocol to the State Department and was the US ambassador to Ghana. In 1988 she was appointed as an Honorary Foreign Service Officer.

One of the early few celebrities to openly talk about her cancer disease, she survived breast cancer in 1972 and tried to remove the stigma around cancer by publicly discussing it.

Shirley Temple died at the age of 85 in February 2014 due to a pulmonary disease.