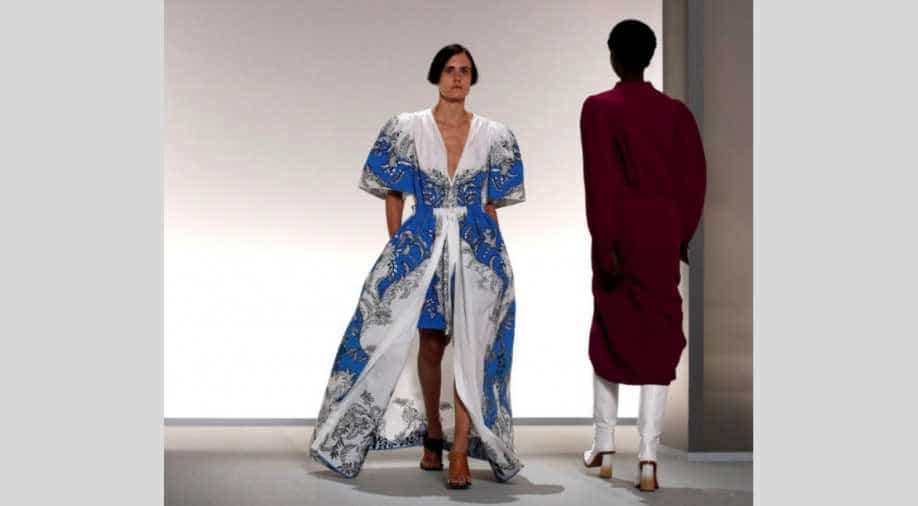 The Givenchy collection for Spring/Summer 2020, unveiled as part of Paris Fashion Week on Sunday (September 29), channelled the mood of Paris and New York of the 1990s, mixing romantic floral dress and distressed-look denim.

Clare Waight Keller, designer at the LVMH-owned French couture house since 2017, unveiled her latest collection entitled "NY PARIS 1993" on Sunday in a minimalist space with a rap music soundtrack.

Models strutted down the catwalk in high-waisted leather skirts, bra tops and plunging neckline jackets while others wore faded jeans or flower print dresses. Among other celebs, 'Game of Thrones'actor Maisie Williams came for the show with boyfriend as they stunned in fashionable attires. The two are rumoured to be dating since February this year.