Gillian Anderson thanks her ex Peter Morgan while accepting Golden Globe for 'The Crown', sparks rumours of a reconciliation 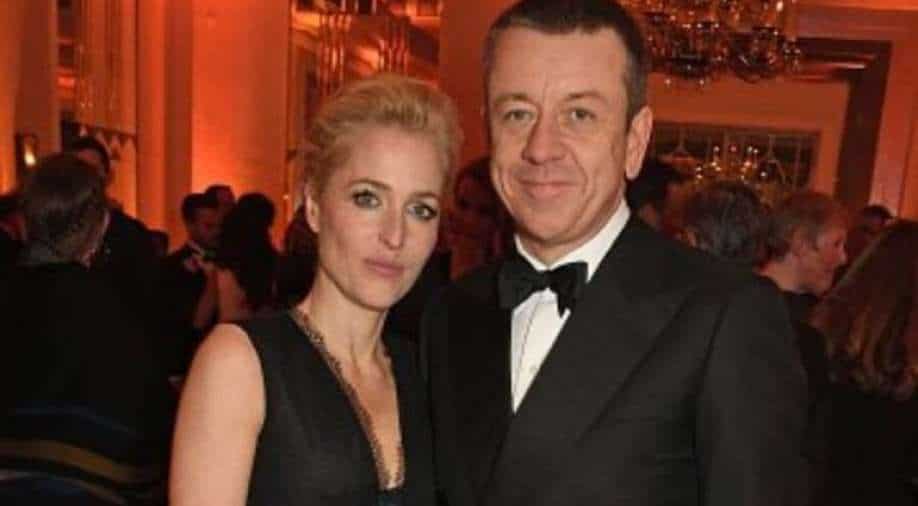 Earlier reports stated that Gillian Anderson and Peter Morgan split in December 2020 after four years of being together.

Gillian Anderson thanked her ex-beau and creator of 'The Crown' Peter Morgan in her acceptance speech as she won the Best Supporting Actress award  at the Golden Globes for the hit Netflix show on Sunday night.

Anderson earned rave reviews for her powerful performance as British Prime Minister Margaret Thatcher in the fourth season of `The Crown'.
Media reports state that the 52-year-old actor sparked the rumours that she and her ex-beau and producer Peter Morgan are back together after breaking up in late 2020.

While delivering her victory speech for Best Supporting Actress `, she said, "Oh my God. Firstly, thank you very much to the Hollywood Foreign Press and to my fellow nominees and to Peter Morgan for imagining that I could inhabit Mrs. T."

"And to Nina Gold, casting director who believed him or visa versa, however, it worked. To Peter Morgan for writing an exquisitely multidimensional character against the odds," she added.

The rumours of their patch-up began the talk of the town in 2021 while her reports of them staying together in the Czech Republic broke in.

As per the sources, "Peter is staying with Anderson in the Czech Republic while she films her new movie, 'White Bird: A Wonder Story.'

Earlier reports stated that Anderson and Morgan split in December 2020 after four years of being together. Anderson married Canadian production designer Clyde Klotz in 1994 and they divorced in 1997. Later she married film producer Julian Ozanne in 2004 and split with him later in 2007.

Anderson was not the only won from the cast of 'The Crown' who took home a Golden Globe on Sunday night. The popular show won total of 4 awards at the 78th Annual Golden Globe Awards.

The fourth season of `The Crown` covered the time span from 1979 to the early 1990s and it included Margaret Thatcher`s tenure as prime minister and Lady Diana Spencer`s marriage to Prince Charles.

The 78th Golden Globe Awards took place nearly two months later than normal, due to the impact of the COVID-19 pandemic on cinema and television. This is the first bi-coastal ceremony, with Tina Fey co-hosting from the Rainbow Room in New York City, and Amy Poehler co-hosting from The Beverly Hilton in Beverly Hills, California.

The nominees for Golden Globes were announced on February 3 and Jane Fonda and Norman Lear were announced as the recipients of the Cecil B. DeMille Award and the Carol Burnett Award, respectively.