Gary Oldman, Armie Hammer get together for opioid thriller 'Dreamland' 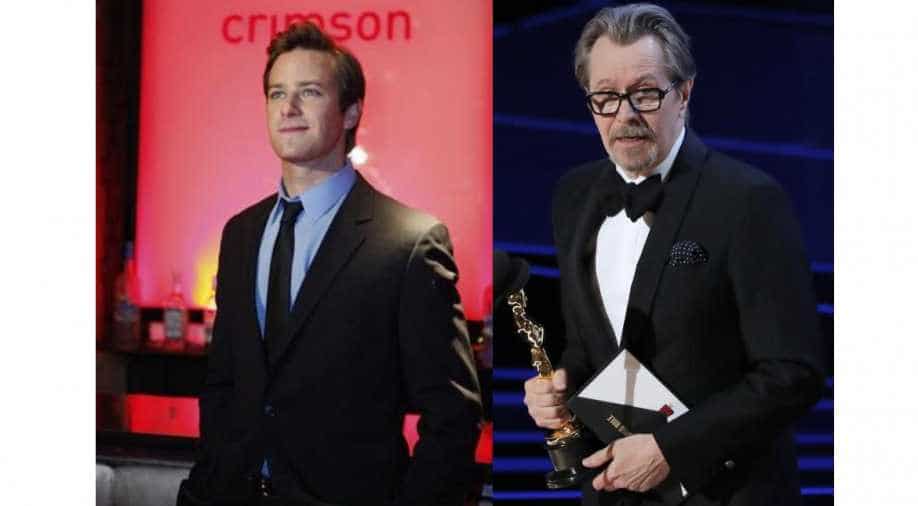 Along with these stars, German actress Veronica Ferres will also feature in the project.

Hollywood stars Gary Oldman, Armie Hammer and Evangeline Lilly are set to team up for ‘Dreamland’, a thriller from Nicholas Jarecki. It will be a follow-up to his 2012 debut ‘Arbitrage’.

Along with these stars, German actress Veronica Ferres will also feature in the project.

It is written by Jarecki and is being touted as the first theatrical film to tackle the international opioid crisis. ‘Dreamland’ will have three stories in the backdrop of the world of opioids -- a drug trafficker arranges a multi-cartel Fentanyl smuggling operation between Canada and the US, an architect recovering from an OxyContin addiction tracks down the truth behind her son’s involvement with narcotics, and a university professor battles unexpected revelations about his research employer, a drug company with deep government influence bringing a new “non-addictive” painkiller to market.

On the project, Jarecki said, “The devastating impact of the opioid crisis reaches all corners of society.”