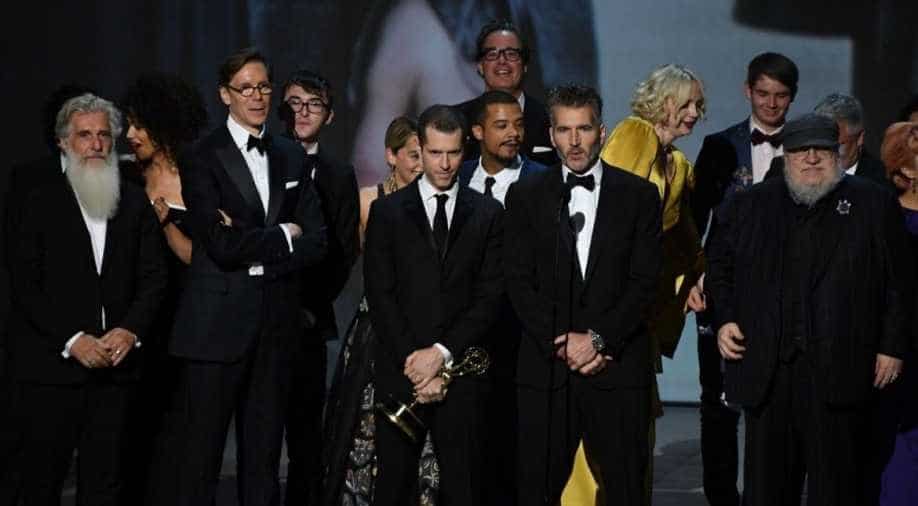 The English-language adaptation will cover all three of the award-winning Chinese novels - 'The Three-Body Problem,' 'The Dark Forest,' and 'Death`s End,' written by Liu Cixin.

The creators of television`s 'Game of Thrones' are to adapt a best selling Chinese science-fiction book trilogy for a Netflix series.

Netflix said on Tuesday that the English-language adaptation will cover all three of the award-winning Chinese novels - 'The Three-Body Problem,' 'The Dark Forest,' and 'Death`s End,' written by Liu Cixin.

The books tell the story of humanity`s first contact with an alien civilization.

"Liu Cixin’s trilogy is the most ambitious science-fiction series we’ve read, taking readers on a journey from the 1960s until the end of time, from life on our pale blue dot to the distant fringes of the universe," David Benioff and DB Weiss, the creators and executive producers of television`s hit medieval fantasy series 'Game of Thrones'," said in a statement.
Benioff and Weiss will be joined by 'True Blood' screenwriter Alexander Woo for the Netflix project, which also has the blessing of novelist Liu.

“I set out to tell a story that transcends time and the confines of nations, cultures and races; one that compels us to consider the fate of humankind as a whole," Liu said in a statement.

'The Three-Body Problem' was first published in book form in 2008 and became one of the most popular science fiction novels in China. An English translation followed in 2014.

No date or casting was announced for the project which is the first in a production deal between Benioff, Weiss and Netflix that was announced a year ago and reported to be worth about $200 million.

HFPA member on diversity issue: Having a Black member was not really anything we focused on

It's confirmed! 2021 Emmy Awards to air in September