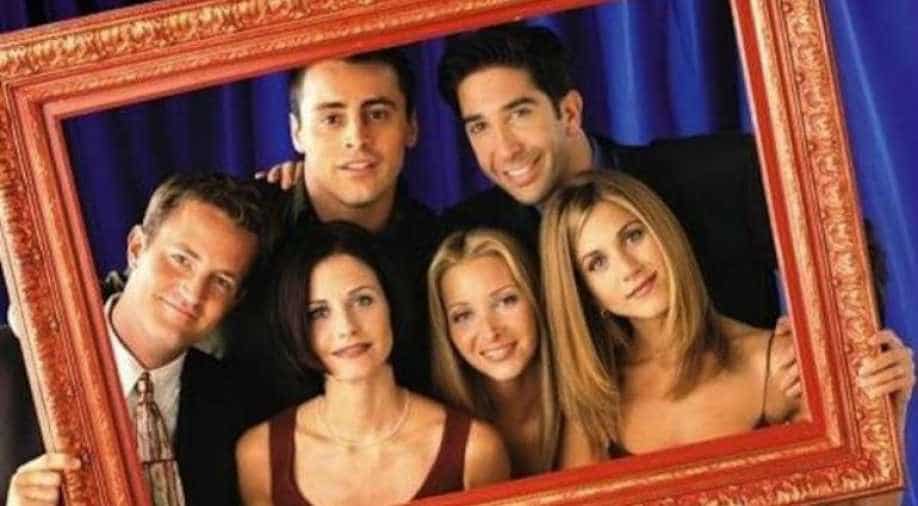 Warner Bros. is bringing `Friends` to New York City with a pop-up experience, meaning that fans will be able to live out their deepest `Friends` fantasies in real life.

No other show has created such an impact as 'Friends' did. The show, that first aired in 1994, became an instant hit amongst the youth. September 2019 will mark 25 years since the first episode of the insanely popular sitcom aired on TV.

To celebrate and honour its loyal fan base, Warner Bros. is bringing `Friends` to New York City with a pop-up experience, meaning that fans will be able to live out their deepest `Friends` fantasies in real life.

Located in the heart of Manhattan`s SoHo district, the nostalgia-filled `Friends` environment is going to treat fans with re-creations, props and costumes all celebrating the beloved TV show.

Warner Bros. said that fans will be able to stick a turkey on their heads, get a chance to peek through Rachel and Monica`s purple door, relax on Chandler and Joey`s recliner and help Ross with the sofa pivot.

"It`s been nearly 25 years since 'Friends' premiered, but the fascination and universal appeal of the hit TV series lives on with fans of all ages," said Peter van Roden, senior vice president of global themed entertainment for Warner Bros. Consumer Products.

"As we celebrate the show`s milestone anniversary, we are excited to bring the Friends experience to life for our fans in a way that pays homage to the remarkable cast of characters, iconic sets and instantly quotable moments," Roden added.

Tickets for the fascinating experience will be available from August 2, put by Warner Bros. and Super Superfly.

The pop-up experience, which will also have a Friends-themed merchandise store, will start from September 7 and wrap up on October 6.

The celebration doesn`t stop there! Warner Bros. and Giphy are also launching a Friends GIF channel with more than 2,300 GIFs from every single episode of `Friends`.

It followed the story of six friends in their 20s and 30s who live in Manhattan, New York City.`Friends` is officially leaving Netflix and will debut on HBO Max in 2020.