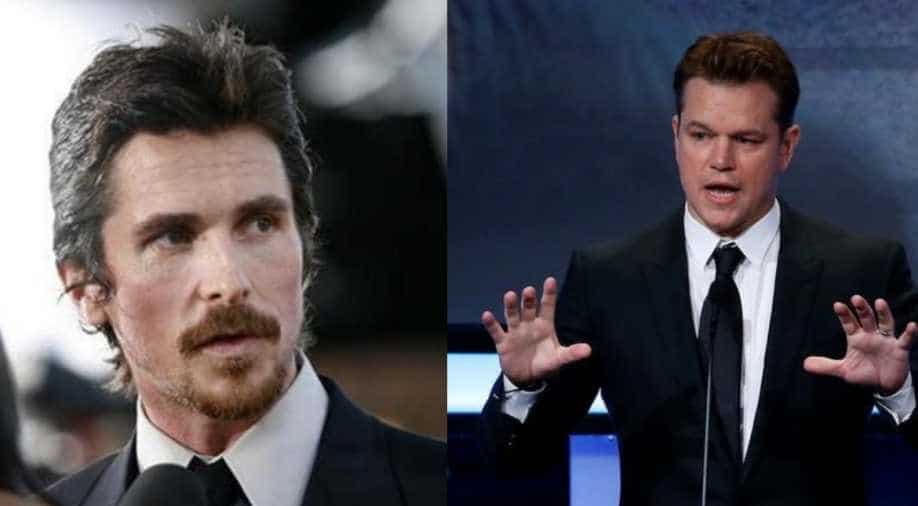 The movie portrays how Henry Ford II strove to make his US car brand fashionable once again by hiring a designer and driver capable of beating Enzo Ferrari's Italian racing machines at the famous Le Mans 24-hour race in 1966.

'Ford v Ferrari,' the new auto racing movie starring Christian Bale and Matt Damon, is a proud throwback to an era when Hollywood made authentic blockbusters for grown-ups, its director said Tuesday.

The movie portrays how Henry Ford II strove to make his US car brand fashionable once again by hiring a designer and driver capable of beating Enzo Ferrari's Italian racing machines at the famous Le Mans 24-hour race in 1966.

Shot for around $100 million largely without computer-generated special effects by Fox before its Disney takeover, it is a rare Hollywood big-budget project that is not a sequel or a superhero movie.

"We don't mind if you call it old fashioned or a throwback," director James Mangold told journalists Wednesday.

"I think people miss movies that weren't shot entirely in a room with green backings ... when Hollywood made movies that were large, but not necessarily for 12 year-olds," he added.

Mangold himself is no stranger to superhero films, directing X-Men film 'Logan' in 2017 -- although the film stands out as the first of its genre to earn an Oscar writing nomination.

For his latest film he hired a team of playwrights headed by Jez Butterworth ("Jerusalem").

Mangold said he avoided special effects in 'Ford v Ferrari' for the key race scenes because for performers "it's like acting inside a sandwich bag."

Bale was quick to slap down criticism that he and Damon should have taken the steering wheel themselves.

It's a "total insult" to the professionals to "assume that we could really do that," he said.

The star praised Ken Miles, the British racing legend he portrays, as an "eccentric, passionate, slightly insane" man in dedicated pursuit of his dream.

Bale said Miles embodied the contradiction among speedsters "that you feel alive precisely because of the inherent danger that could happen any minute that you're just keeping at bay."

"But I guarantee none of these men would have been doing these races if there wasn't that danger present at all times."

The British actor, 45, joked that he had to quickly shed the 40 pounds he put on to play US Vice President Dick Cheney in 2018's 'Vice' to fit in the car.

"Wouldn't have been the same thing would it, if I'd have been a 240-pound Ken Miles, barely getting into those cars?" he said.