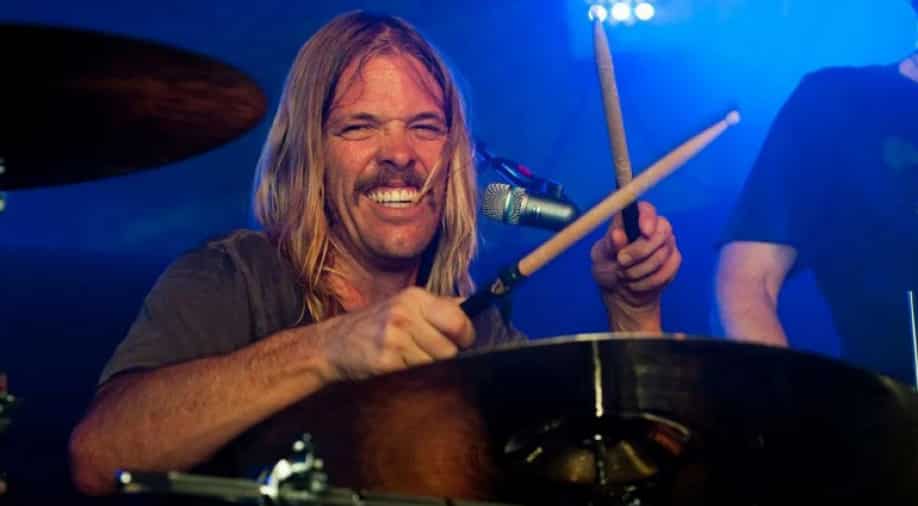 The Foo Fighters, who were inducted into the Rock and Roll Hall of Fame last year, are scheduled to perform at the Grammy Awards on April 3 this year.

The world has lost a rock legend. Taylor Hawkins, the longtime drummer for the rock band Foo Fighters, has died. He was 50 when he breathed his last. The news regarding the drummer`s demise was shared on the band`s Instagram account.

"The Foo Fighters family is devastated by the tragic and untimely loss of our beloved Taylor Hawkins," the note read."His musical spirit and infectious laughter will live on with all of us forever," it further read.

The note concluded, "Our hearts go out to his wife, children and family, and we ask that their privacy be treated with the utmost respect in this unimaginably difficult time."The band`s representative, Steve Martin, also confirmed the news to The Hollywood Reporter. The cause of death has not been disclosed yet.

The legendary rock band, including Dave Grohl, Pat Smear, Nate Mendel, Chris Shiflett and Rami Jaffee, is currently on tour in South America and played at Lollapalooza Argentina earlier this week. They were set to perform on Friday at the Festival Estereo Picnic in Bogota, Colombia. However, at the festival, organisers announced that there had been a medical emergency and the band would not be appearing.

The Foo Fighters, who were inducted into the Rock and Roll Hall of Fame last year, are scheduled to perform at the Grammy Awards on April 3 this year. The band also has multiple tour dates scheduled through December in North America, Europe, Australia and New Zealand.Back in 1997, Hawkins joined the rock band after original drummer William Goldsmith left the group. Prior to joining the Foo Fighters, he had made a name for himself touring with Alanis Morissette.

He was far more than just a drummer. Throughout his time with the legendary band, he proved to be a strong singer-songwriter, assisting in co-writing many of the group`s iconic hits.

He also has worked with Coheed and Cambria, Guns N` Roses guitarist Slash, former Jane`s Addiction bassist Eric Avery`s first solo album, Foo Fighters bandmate Chris Shiflett`s side project, Jackson United; and Queen guitarist Brian May`s 1998 solo album, `Another World`.However, he suffered a setback in 2001 when he overdosed on heroin, which left him in a coma for two weeks. In 2005, he married his wife Allison and the two later welcomed kids Oliver, Annabelle and Everleigh, who inspired his later work.

In 2020, he opened up about his favourite memories and projects with the Foo Fighters, placing `Aurora` at the top of the list during an interview with Apple Music`s Matt Wilkinson.The song is featured on the group`s 1999 album `There Is Nothing Left to Lose` and marks the first project Hawkins ever played on with the group.