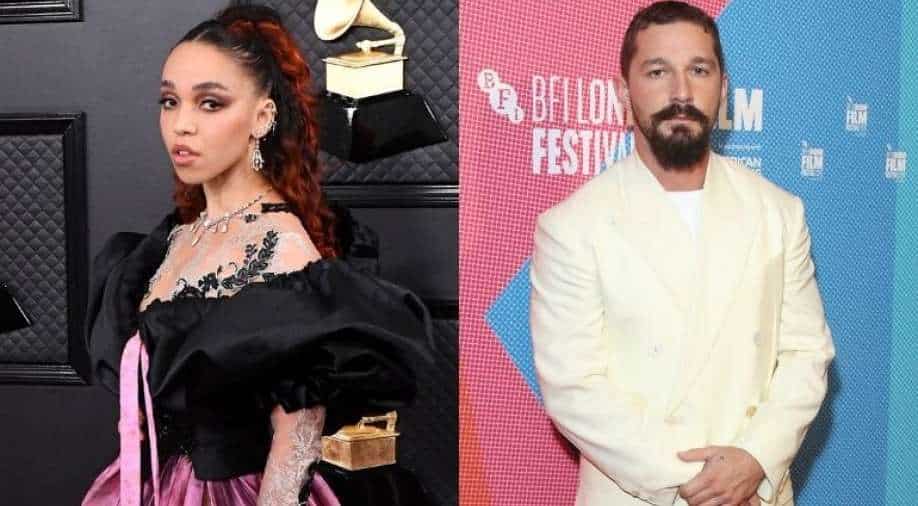 FKA twigs has opened up about the abuse she was subjected to while she was in a relationship with actor Shia LaBeouf.

FKA twigs has opened up about the abuse she was subjected to while she was in a relationship with actor Shia LaBeouf. In a tell-all interview to Elle magazine, twigs revealed that it was a 'miracle' that she had come out alive.

"It's hard to do this publicly...but I want people to know my story. If I can't help people through my experience, it makes my experience 10 times worse. There has to be a point to this – a reason why this happened to me."

In December 2020, the 33-year-old performer went public with her lawsuit about the abuse she reportedly suffered from her ex-boyfriend LeBeouf.
Giving shilling accounts of how she was mentally and physically tortured by the actor, twigs recalled how he had driven maniacally one when they were heading back home from the spa on Valentine's Day. The incident is also mentioned in her lawsuit.

According to twigs, LaBeouf insisted she professed her love while he sped and swerved into traffic.

"I was thinking to myself, 'I wonder what would happen to my body...if [we] smashed into a wall at 80 miles per hour?' I was looking for the airbag and I couldn't see the airbag sign, so I was thinking, 'If he doesn't have an airbag, will this car crush my sternum?'" she recalled. "I was thinking, 'Oh no, if I crouch like that, and the front of the car crashes into my head, will it snap my neck?'"

She states she tried to remove her bags and escape when they finally pulled over but the LaBeouf allegedly slammed her up against the car and tried to choke her. He had also tried to choke her the night before in a hotel while she was asleep. She recalls that she woke up to find him on top of her, trying to strangle her.

On several occasions, she was made to watch true-crime documentaries about women suffering violence before going to bed. LaBeouf also allegedly kept a gun in the bedroom.

"I would say to him, 'I really don't want to watch stuff like this before I go to bed. I'm sensitive, it affects me,'" she said. "It was so dark, and I was just like, 'I can't be totally immersed in this all the time.' I was very intimidated living with him. He had a gun by the side of the bed and was erratic. (I never knew what would) make him angry with me."

The abuse not only took a toll on twigs but also on her relationships with other people.

"One time, he heard me laughing on FaceTime with my friend. He came in and had a massive argument with me because he said he doesn't make me laugh like that," she said. "So then I had to hide laughing with my friends. It's (about) isolation, so I don't talk to my friends. He hated that I had an experience to myself (with) something that didn't involve him, a memory that gave me joy...He made me feel like I wasn't allowed joy, basically. That's what it boils down to: I wasn't allowed joy unless it directly revolved around him."

She also held herself back from interacting with other people. She also alleged that some who knew LaBeouf and were aware of his behaviour turned a blind eye.

"There (were) people who have worked with Shia that I openly spoke to about the abuse that I was going through," she said, recalling their appearance at the Sundance Film Festival in January 2019 to promote 'Honey Boy.'

Without naming anyone, she said, "The reaction that I got (from his team)was pretty much, 'Okay. Well, it's Sundance.'"