'Firefly Lane' review: Poignant, powerful story of two women and friendship that becomes the bulkhead of their lives 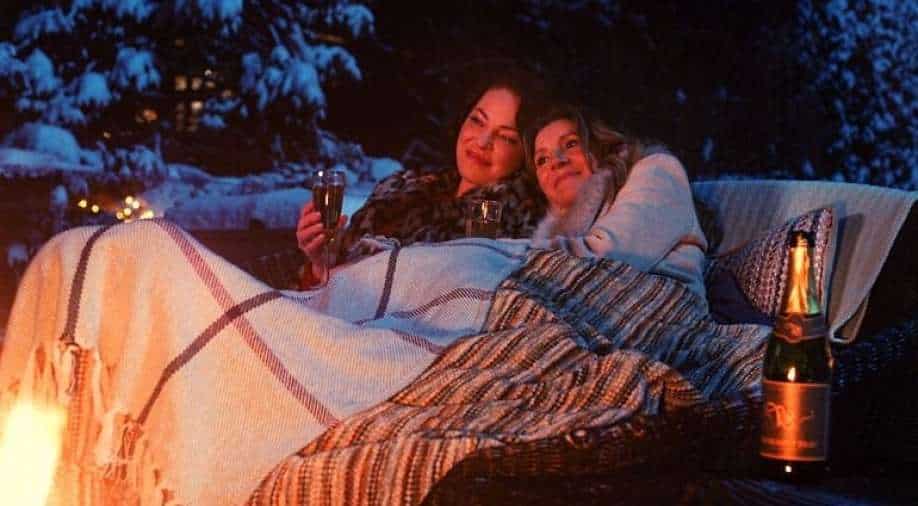 Firefly Lane is a story you’ll never forget one you’ll want to pass on to your best friend.

Firefly Lane is an American drama series starring Katherine Heigl and Sarah Chalke as lifelong best friends Tallulah (Tully) Hart and Kate Mularkey. It is based on a novel of the same name by New York Times best-selling author Kristin Hannah. There's something unpredictable yet endearing about the series that takes us back and forth over a span of 30 years giving us glimpses into the characters' childhood on Firefly Lane as they deal with high school, while simultaneously fast-forwarding us into their adult lives.

The series opens in the turbulent year of 1974, and the summer of love is drawing to a close. Kate Mularkey has accepted her place at the bottom of the secondary school social food chain. Then, to her amazement, Tully Hart, the “coolest girl in the world” moves in across the street and wants to be her best friend. Tully Hart seems to have it all-beauty, brains and ambition. On the surface, they are polar opposites: Kate, a dork, and geek, with a loving family who mortifies her at every turn. Tully, steeped in glamour and mystery, but with a secret that is consuming her.

However, they became inseparable due to their mutual care and understanding of each other's psyche and by summer’s end, they vow that their friendship will last forever. As teenagers, Tully and Kate have to navigate not only the internal complexities of their friendship but external struggles too — bullies at school, first crushes, first periods. In Tully’s case, a sexual assault leaves her grappling with the realities of rape culture and how survivors are too often blamed for what happened to them. Throughout each of these events, we see the girls lean even more on each other for support, which, in the long run, is what leads to their lives almost becoming too entwined at times.

Firefly Lane is the poignant, powerful story of two women and the friendship that becomes the bulkhead of their lives. From the beginning, Tully is desperate to prove her worth to the world. Abandoned by her mother at an early age, she longs to be loved unconditionally. In the glittering, big-hair era of the eighties, she looks to men to fill the void in her soul. But in the buttoned-down nineties, it is television news that captivates her. She will follow her own blind ambition to New York and around the globe, finding fame and success . . . and loneliness.

Kate knows early on that her life will be nothing special. Throughout college, she pretends to be driven by a need for success, but all she really wants is to fall in love and have children and live an ordinary life. In her own quiet way, Kate is as driven as Tully. What she doesn’t know is how being a wife and mother will change her . . . how she’ll lose sight of who she once was, and what she once wanted. And how much she’ll envy her famous best friend.

For almost three decades Tully and Kate buoy each other through life, weathering the storms of friendship, jealousy, anger, hurt, and resentment. Tully follows her ambition to find fame and success. Kate knows that all she wants is to fall in love and have a family.

The show depicts these characters at different points in their lifetime and never shies away from them at their most messy, which in turn succeeds at making them feel more sympathetic.

A huge part of Firefly Lane’s impact comes from its cast — and the actors who have to do most of the heavy lifting to make the series’ main dynamic feel lived-in, genuine, and earned. As free-spirited, independent talk show host Tully Hart, Katherine Heigl feels like she’s finally getting to star in the first small-screen effort worthy of her talents as an actress since Grey’s Anatomy — and she brings both depth and fire to a character who could potentially run the risk of feeling flighty and vacillating.

Given the weight of Tully’s experiences and everything, she’s been through, her reluctance to pursue any kind of serious or long-term romantic relationship is understandable — but it also explains why she relies more heavily on the person who’s been the sole constant in her life: her best friend, Kate Mularkey. Meanwhile, Kate isn’t so easily dismissed as the shy, bookish nerd next to Tully’s more outspoken personality; in the hands of Sarah Chalke, Kate proves a strong foil with passions and dreams of her own, even if she might not be declaring them as loudly as her best friend is.

Behind closed doors, and once the cameras are off, it’s also clear that Tully’s rise to fame has not necessarily left her any happier for it. She still calls Kate as often as she can from the solitude of her swanky high-rise apartment, hoping and in some cases even expecting that her best friend will always pick up the phone for her. But this is where Firefly Lane does the work of depicting the messiness of this kind of codependency, and why Tully and Kate’s lasting friendship is so often at a disadvantage.

When you’re solely relying on one individual for that emotional reinforcement and constant companionship, sooner or later there’s bound to be a disappointment or a moment when they can’t live up to the weight of expectation. It’s clear that beyond any of their romances, beyond any other person in their respective families, beyond anyone who’s ever entered their lives, this is the relationship that matters most, not just to the women themselves but to the narrative, which tends to stagnate whenever the show’s focus is on anyone else.

As a pair on screen, Heigl and Chalke are undeniably what draws the audience in and keeps them hooked, but they’re complemented by the actors who play the younger versions of their characters. Ali Skovbye and Roan Curtis have to do just as much to make-believe why these two girls, who grow up across the street from each other (on the titular Firefly Lane) and are definitely polar opposites in almost every way, would become friends and, more importantly, stay friends — and because each episode isn’t told in sequential order, but jumps around frequently between decades, it’s not as if they’re simply passing the baton after a certain point in the series and retreating into the background completely.

Season one of the series ends on a major cliffhanger and its shrouded mystery leaves the audience curious with several questions.

More than a coming-of-age show, it’s the story of a generation of women who were both blessed and cursed by choices. It’s about promises and secrets and betrayals. And ultimately, about the one person who really, truly knows you---and knows what has the power to hurt you and heal you. Firefly Lane is a story you’ll never forget one you’ll want to pass on to your best friend.