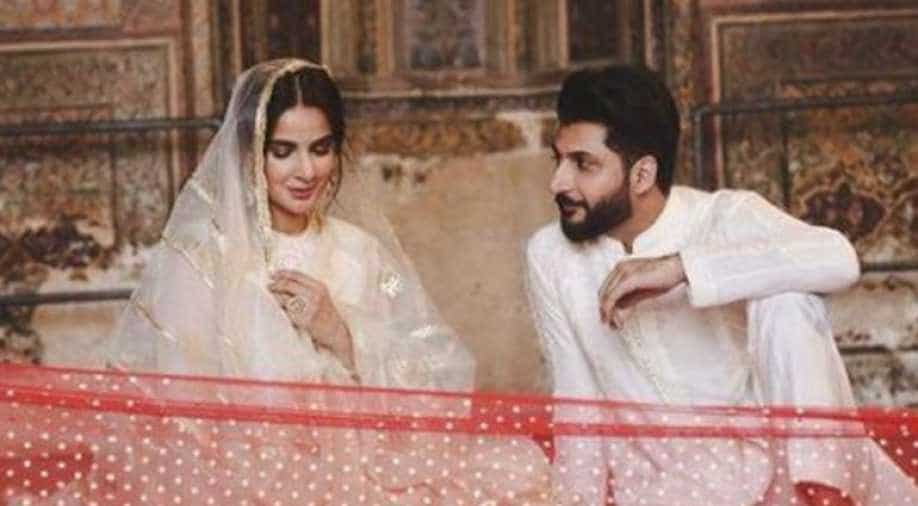 Saba Qamar and Bilal Saeed in a still from the music video. Photograph:( Twitter )

The complainant has alleged that Saba Qamar and Bilal Saeed have hurt the religious sentiments of people by filming inside a mosque.

An FIR has been lodged against actress Saba Qamar and singer Bilal Saeed in Pakistan's Lahore for shooting a music video inside a mosque.

The complainant is an advocate called Farhat Manzoor who said the act of filming a music video inside a mosque has hurt the religious sentiments of people. Manzoor also urged the police to take stern action against the mosque administration for allowing the filming of the video inside its premises.

Qamar who starred opposite Irrfan Khan in 'Hindi Medium' has issued an apology along with the singer.

“We realise what has happened over the past few days has hurt your sentiments deeply,” he said in a video message. “We as Muslims, as decent human beings and as artists will never, ever trivialise or condone disrespect to Islam or any other religion, race, caste, colour or creed. If we have unknowingly hurt anyone’s sentiments we apologise to you all with all our heart.”

Saeed, who has also directed the music video added, "Saba Qamar and I had recently filmed a nikah sequence at Wazir Khan Mosque which created a big misunderstanding and hurt the emotions of a lot of people."

The video was released on August 12 and the controversial portion has been edited out. Here have a look.


In his statement, Saeed clarified that no dance sequence was hot inside the mosque as was claimed on social media.

The two have been granted interim bail for the time being. If found guilty, they may have to serve jail time for 2 years.