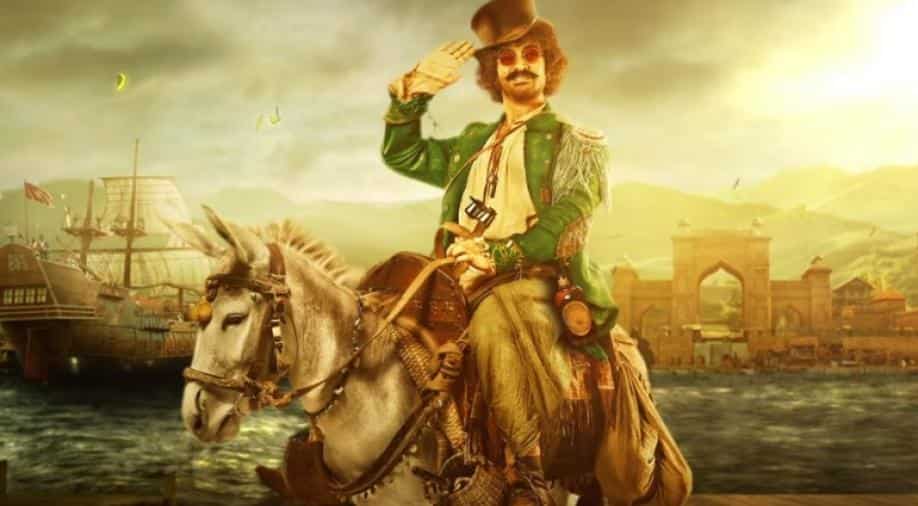 Aamir Khan in a still from 'Thugs Of Hindostan'. (Image via Twitter/@YRF) Photograph:( Twitter )

The whole of last week, YRF had been sharing the first look of the various 'Thugs' and now finally, the look of Aamir Khan has been revealed.

Since the past one week, Yash Raj Films has been teasing fans with glimpses of 'Thugs Of Hindostan'. The big Diwali release has been in the making for almost a year and the period drama has an impressive star cast of Amitabh Bachchan, Katrina Kaif, Fatima Sana Shaikh and Aamir Khan.

The whole of last week, YRF and Aamir Khan had been sharing the first look of the various 'Thugs' and now finally, the look of Aamir Khan has been revealed. Khan plays Firangi and sports long hair and handlebar moustache and stubble in the film.

"You can never be prepared enough for this Thug. Presenting @aamir_khan as #Firangi ​(sic)" YRF tweeted.

'Thugs Of Hindostan' is a period film based on the Philip Meadows Taylor’s novel 'Confessions of a Thug and the cult of the Thuggee'. Scheduled for Diwali release, the film will hit the theatres on November 8.