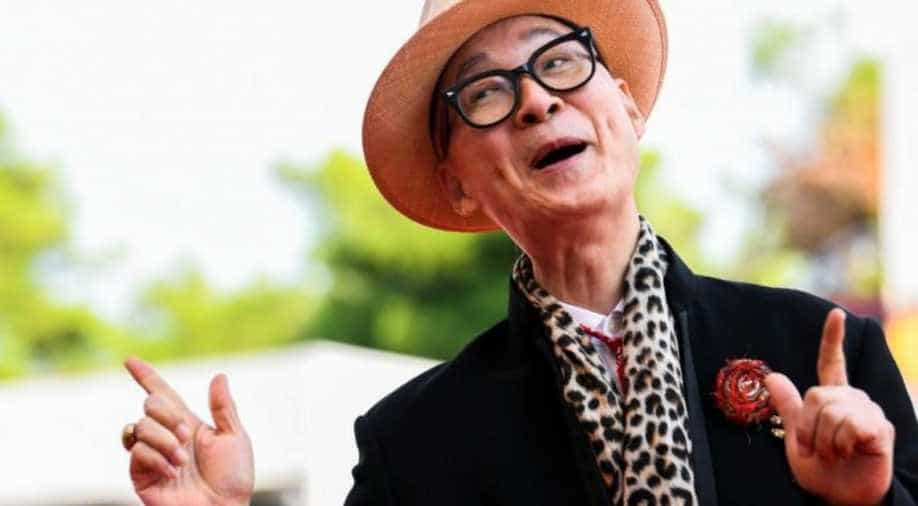 Seven years in the making, the film follows Ziming, an English literature student at Hong Kong University, as he begins to tutor beautiful student Meiling.

Chinese filmmaker Yonfan says his animation 'No. 7 Cherry Lane' is his love letter to Hong Kong, in which he tells a tale of romance set in the late 1960s.

Seven years in the making, the film follows Ziming, an English literature student at Hong Kong University, as he begins to tutor beautiful student Meiling.

He develops feelings for her mother, Mrs Yu, originally from Taiwan, taking her to see films and their romance develops through movies seen on the big screen.

Described as a love letter to Hong Kong in production notes, the narrated hand-drawn 2-D animation feature is set against a backdrop of the 1967 Communist-led riots in Hong Kong.

'No. 7 Cherry Lane', Yonfan's first animation and his first movie since 2009's 'Prince of Tears', is one of 21 films competing for the Golden Lion prize at the Venice Film Festival, where it premiered on Monday.

"This film is about love, and it is not about the exploitation of sex and sensuality to attract the box office," Yonfan told a news conference, speaking in English.

As a child, Yonfan, who was born in China's central Hubei province, moved with his family to Taiwan. He went to Hong Kong in 1964 as a teenager, when Taiwan was under martial law.

"I tried to capture the things I remember and the ways that people lived," Yonfan said.

''I went to Hong Kong and I smelled the freedom of Hong Kong ... when 1967 came ..this turbulent time in Hong Kong ..I was 20 years old, I was very much involved and moved by the moment of that time''

Yonfan was asked about the anti-government movement which has plunged Hong Kong into its biggest political crisis in decades.

The unrest began in mid-June, fueled by anger over a now-suspended extradition bill that would have allowed people in the city to be sent to mainland China for trial in courts controlled by the Communist Party.

It has evolved into calls for greater democracy under the "one country, two systems" formula, by which Hong Kong has been ruled since 1997, guaranteeing freedoms not enjoyed on the mainland.

Yonfan said he hoped it "can be back to normal".