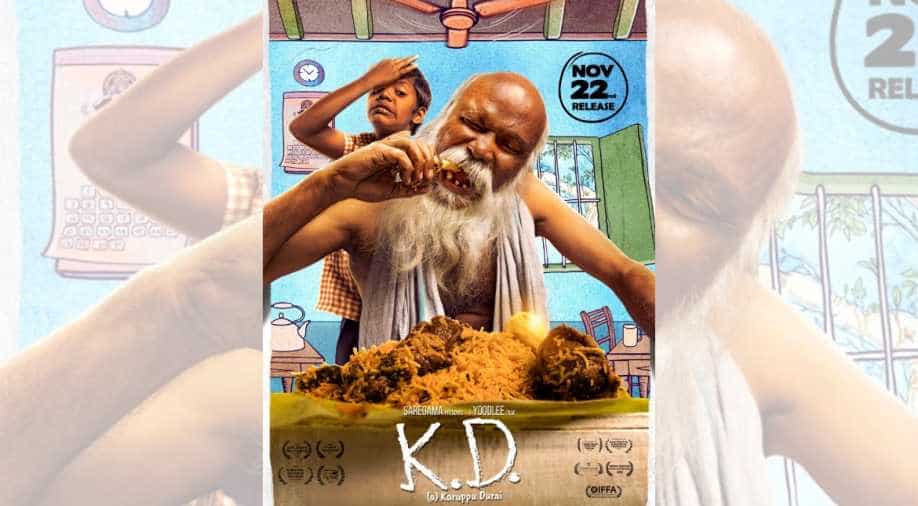 A festival favourite, Tamil film named 'KD' will release in theatres on November 22, 2019.

Written and directed by Madhumita Sundararaman, Yoodlee Films’ ‘KD’ presents a heart-warming tale of friendship between two unlikely individuals. It revolves around the life of an 80-year-old villager Karuppudurai who after losing three months of his life in a coma finds himself lost and abandoned. Escaping from a family who wants to euthanize him, he bumps into 8-year-old Kutty, an orphan who is fiercely independent.

The boy gives Karuppudurai a new lease of life as they set out on an eventful road trip to complete the octogenarian’s bucket list. During this small trip of theirs, both Kutty and KD – divided by age, but bound by a sense of renewed purpose, find solace and meaning in their existence.

On the release date being announced, Madhumita, the film's director said, "I am very excited that 'KD' is releasing this month in theatres. It’s a story that works on multiple levels, focusing on a friendship with the most disparate of individuals who come together through a sense of love and loss. This film is made with a lot of souls and I can’t wait for it to be sampled by our theatrical audiences, after its successful festival run. I would like to thank everyone for being with me on this journey."