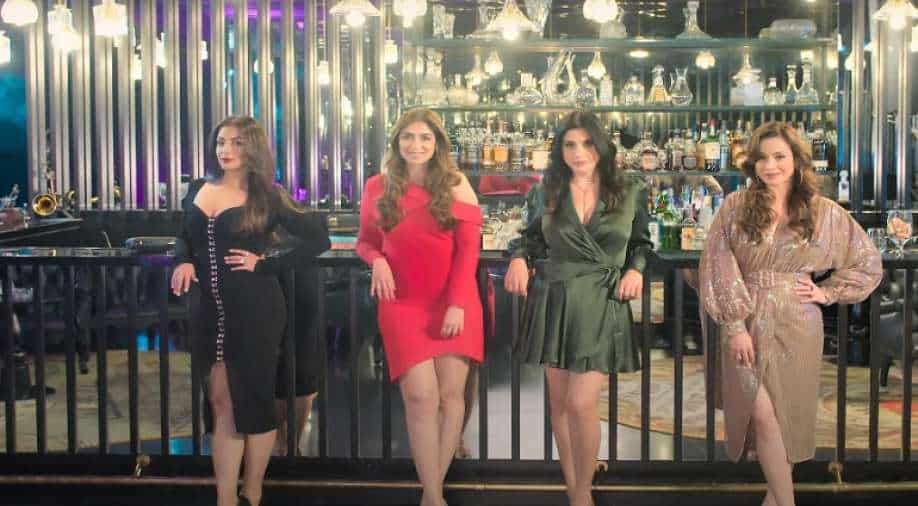 'Fabulous Lives Of Bollywood Wives' premieres on Netflix on November 27 and gives a peek into the lives of  four popular faces of star-wives - Seema Khan, Maheep Kapoor, Neelam Kothari Soni and Bhavana Pandey.

Netflix recently released the trailer of its reality-drama show 'Fabulous Lives of Bollywood Wives' and it's right to say that India is now ready for its own 'Real Housewives of Beverly Hills'.

The series is based on and features four popular faces of star-wives - Seema Khan, Maheep Kapoor, Neelam Kothari Soni and Bhavana Pandey - and gives a sneak-peek into their fabulous, glamourous lives. The trailer begins with Maheep's narration saying not everything in their lives is just as glamourous as its thought to be, while quickly saying in the next frame, " "Of course we go shopping in a Rolls-Royce... is there any other mode of transportation?"


Sensing the tone of the show with the trailer, it's expected to be a wild ride into the lesser-known lives of familiar faces, filled with few gossips about each other's lives, fights and parties. Basically, like a desi version of the hit-Hollywood series.

The trailer also sees Gauri Khan making a cameo with her husband Shah Rukh Khan, and shots of Sanjay Kapoor, Ananya Pandey and Sameer Soni. It'll be interesting to watch the four friends discussing their high-profile lives and 25 years of friendship on camera, with a lot of added drama. A perfect guilty-pleasure is about to be added on the watch-list soon.

'Fabulous Lives Of Bollywood Wives' premieres on Netflix on November 27.