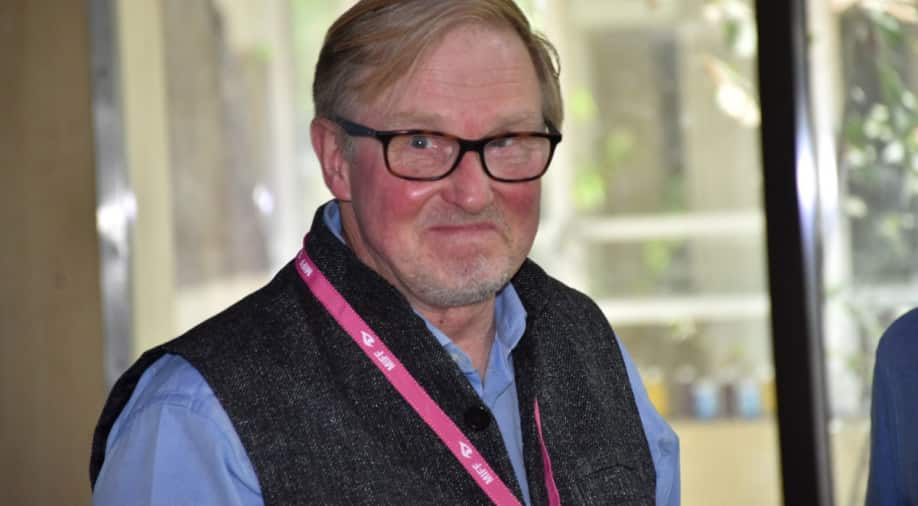 During an exclusive interview with WION, Carter shared his MIFF experience and tips for enthusiastic Indian filmmakers with OSCAR dreams and what they can do to make their movies recognised on the international platforms.

Carter Pilcher, a veteran member of the Academy Awards & BAFTA voting committees had recently visited India to attend the prestigious Mumbai International Film Festival (MIFF). At the festival, Pilcher, who is known for his love of movies and also keeps a deep knowledge of short films and documentaries, gave a masterclass to all the moviegoers and filmmakers about how they can make an Oscar-worthy movie.

India, one of the biggest producers of cinema worldwide is known to create films of various genres which are loved by the audience worldwide. Yet, when it comes to Oscars, Cannes and BAFTA, Indian films barely find a mention. So what is it that lacks in Indian cinema that doesn't make the cut?

During an exclusive interview with WION, Carter shared his MIFF experience and tips for enthusiastic Indian filmmakers with OSCAR dreams and what they can do to make their movies recognised on the international platforms.

Here are excerpts of the interview

1. How was your MIFF experience?

MIFF is a unique festival in Asia – it is one of the oldest and most extensive documentary festivals and also includes a very strong international and national short film program.  There were many filmmakers here from across India and the world, and I particularly relished hearing about and seeing their films.

2. At the film festival, you presented a master class on 'What does it take to qualify a film for the Academy Awards.' Tell us more about it.

I was pleased to present a master class on “What it takes to qualify a film for the Academy Awards”, which is something -after 17 years of releasing each year’s Oscar-Nominated Short Film in theatres globally a few weeks before the Oscars- one becomes intimately familiar with!  Short films are exceptionally relevant.  The best directors and some of the best stories start in shorts.

3.  Any message for Indian filmmakers with OSCAR dreams?

I think there are two key messages – one for filmmakers is to make sure that (especially in a short film) you make the best, most passionate story you can.  The second was that it has been difficult for an Indian film to qualify since there are only two accredited festivals in India, but the Academy wants to see more of India’s greatest short films and we’re working closely with MIFF and other festivals to ensure more films get a chance to compete.

4. What future does Indian cinema hold in the eyes international audience?

This is an exciting time for Indian filmmaking, it is no longer dominated by the traditional Bollywood model, but real stories that transcend cultural borders are emerging. This is an amazing step forward. Over the next five years, these changes in the film culture should start producing some amazing new films. The world is waiting….!

5. Any Indian movie you watched recently and loved?

‘83’ – starring Ranveer Singh, which is about the 1983 World Cup Cricket Victory.  It’s such fun, man overcomes all odds and it’s true.  Plus, I enjoy Ranveer Singh and I think he brings real life to all his characters.

Gorr The God Butcher explained: Who is the Christian Bale's Big Bad in 'Thor: Love and Thunder'?