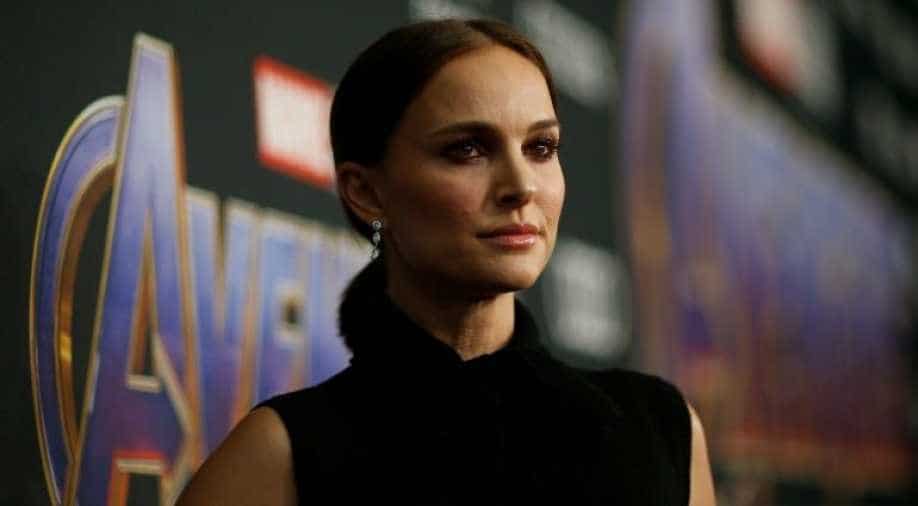 Natalie Portman has been associated with the series before as she has played Jane Foster in the first two films. Photograph:( Reuters )

The news that Portman will be the first female Thor was announced at this year`s Comic-Con at San Diego. The actor even appeared on stage alongside Chris Hemsworth and Tessa Thompson.

"They came to me with the idea and said, `We have this idea for you that was a storyline in some of the comics where Jane becomes Lady Thor,` and I was like, `This is very exciting!`" she added.

She went on to explain her absence from the 2017 film `Thor: Ragnarok` saying, "Obviously, I wasn`t written into because of where it took place. It wasn`t really on Earth, and my character is on Earth."

The news that Portman will be the first female Thor was announced at this year`s Comic-Con at San Diego. The actor even appeared on stage alongside Chris Hemsworth and Tessa Thompson.

The `Black Swan` actor described her fellow actors "so exciting to work with."

"I love Tessa and Chris so much," she added.

While Portman has starred in previous Thor films as the titular character`s love interest Jane Foster, this is her first stint as Thor!
"Her super new role in the fourth Thor film is based on Jason Aaron`s comic book run that saw Jane Foster ultimately become the Mighty Lady Thor when Thor Odinson finds himself unworthy of picking up Mjolnir for the first time in the rebooted Thor #1," reported Entertainment Weekly, cited People.

Along with Portman, the upcoming film will also star Thompson as Valkyrie, one of Marvel`s first queer superheroes, along with Hemsworth. It`s slated to hit theatres in November 2021.