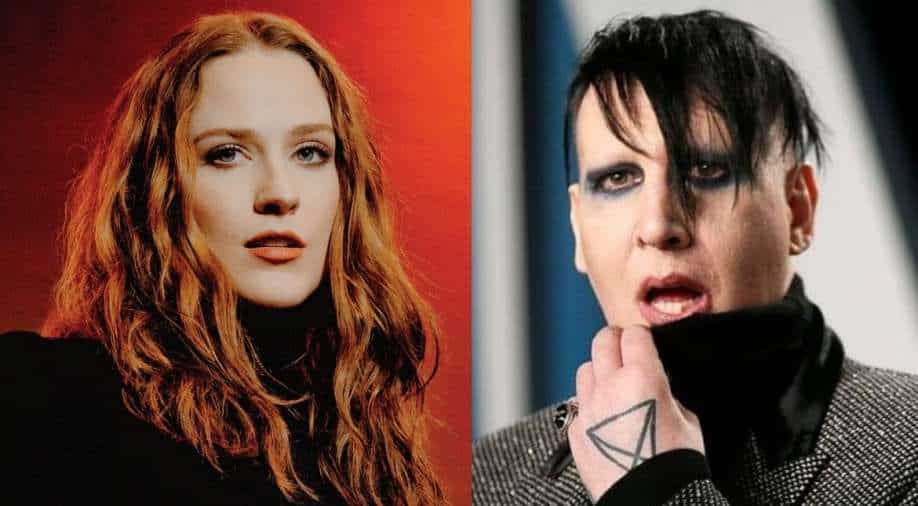 The petition has been filed against 2007 single amid the release of a documentary series 'Phoenix Rising which chronicles Evan Rachel Wood's allegations of abuse against her former fiance, Brian Warner, aka Manson.

An online petition has been filed calling for the removal of Marilyn Manson's 'Heart-Shaped Glasses' music video from streaming platforms like YouTube, Spotify and Apple Music.

The petition has been filed against 2007 single amid the release of a documentary series 'Phoenix Rising which chronicles Evan Rachel Wood's allegations of abuse against her former fiance, Brian Warner, aka Manson. The show also documents her pursuit for federal legislative change around the statute of limitation for sexual assault survivors.

Wood herself has backed the petition and supported the removal of the video, sharing a link on Instagram to appeal to her followers to sign the petition. The petition has so far garnered 30,000 signatures since its launch on March 16.

The docu-series meanwhile has Wood retelling the harrowing experience she had while filming the music video 'Heart-Shaped Glasses'. Wood has alleged that she was 'essentially raped on camera' during the making of the video.

As per Wood, the star did not consent to the act and was allegedly drugged and was unconscious when the sexual abuse occurred.

The petition claimed that while Wood is unable to press charges against Manson because the statute of limitations has passed, the music video should be taken down at the very minimum.

Petition founder Victoria Ambrose wrote in the petition that “Evan has re-victimized herself over and over again to create change and a statute of limitations in the state of California, and doesn’t deserve a constant reminder of her sexual assault on the internet.”

“This should not still be allowed on YouTube, or circulating anywhere for that matter,” Ambrose argued.

The said video has over 32 million views on YouTube.