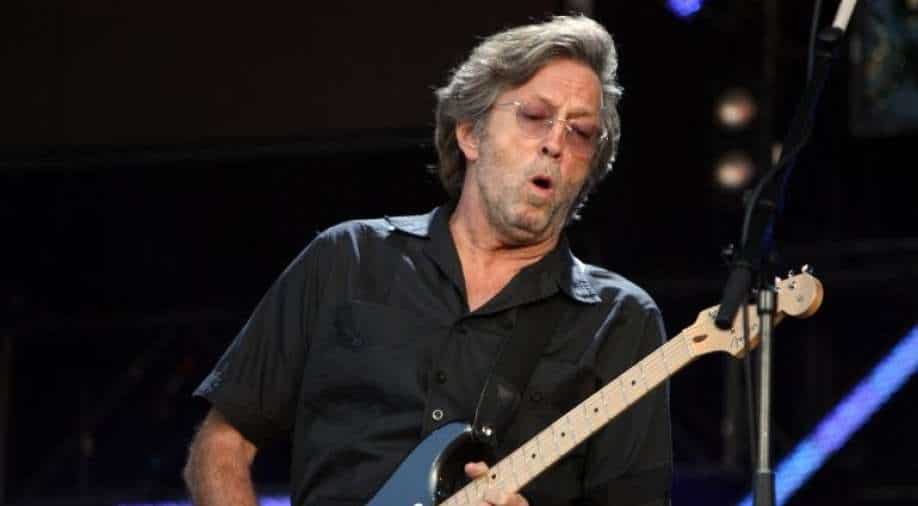 Clapton and Morrison have come out with an anti-mask song. The two musicians are 75 years old and therefore, at high risk of contracting and dying of the disease.

The pandemic may have led to several deaths across the world this past year but legendary musician Eric Clapton and song writer Van Morrison are still not happy about the safety protocols that the government has imposed as a preventive measure.

Clapton and Morrison have come out with an anti-mask song. The two musicians are 75 years old and therefore, at high risk of contracting and dying of the disease.

Titled 'Stand and Deliver', the song has been written by Morrison and sung by Clapton and includes lines such as "Do you wanna be a free man / Or do you wanna be a slave? / Do you wanna wear these chains / Until you're lying in the grave?"

"Magna Carta, Bill of Rights/The constitution, what's it worth?/You know they're gonna grind us down/Until it really hurts/Is this a sovereign nation/Or just a police state?/You better look out, people/Before it gets too late," the song continues.

The phrase "stand and deliver" is associated with highwaymen. The song, many feel, seem to suggest that the governments are scrambling to keep their populations alive and are stealing from them.

The song concluded with the line "Dick Turnip wore a mask too". Turnip was a 18th century British criminal known for robbing on highways.

The track has been released in UK at a time when a new and faster-spreading COVID strain has been identified in the country. There has been a 40 percent increase in cases in just one week.