Emma Watson comments on JK Rowling's controversial tweet: Trans people are who they say they are 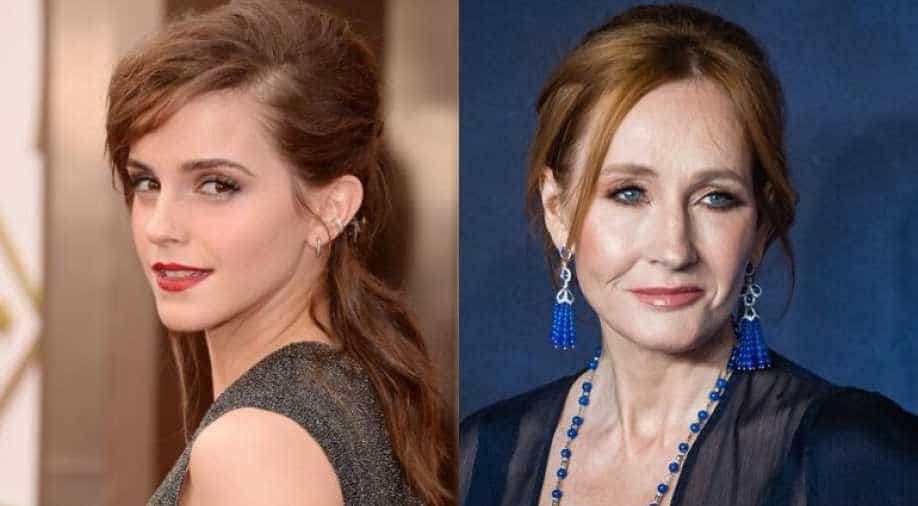 JK Rowling's tweet over an article about 'people who menstruate' has been a point of discussion this past week with most calling the author 'transphobic'.

JK Rowling's tweet over an article about 'people who menstruate' has been a point of discussion this past week with most calling the author 'transphobic'.  A day after her tweet went viral, 'Harry Potter' star Daniel Radcliffe had weighed in and spoken in support of the transgender community. Now, his co-star from the film, actress Emma Watson too has weighed in on the controversy.

"I want my trans followers to know that I and so many other people around the world see you, respect you and love you for who you are."

Watson then added she donates to a pair of charities -- Mermaids and Mama Cash -- that support transgender individuals.

I donate to @Mermaids_Gender and @mamacash. If you can, perhaps you’ll feel inclined to do the same. ❤️

Agreeing with Radcliffe and Watson, Oscar-winning actor Eddie Redmayne too spoke out in support of the transgender community. Redmayne who is part of the 'Fantastic Beasts' films written by Rowling- disagreed with her and said, "Respect for transgender people remains a cultural imperative, and over the years I have been trying to constantly educate myself,” Redmayne told Variety. “This is an ongoing process. As someone who has worked with both JK Rowling and members of the trans community, I wanted to make it absolutely clear where I stand. I disagree with Jo’s comments."

Rowling on Wednesday tried to defend her tweets and wrote a powerful essay about her troubled past where she was subjected to domestic abuse and reasoned as to why she spoke in favour of women.