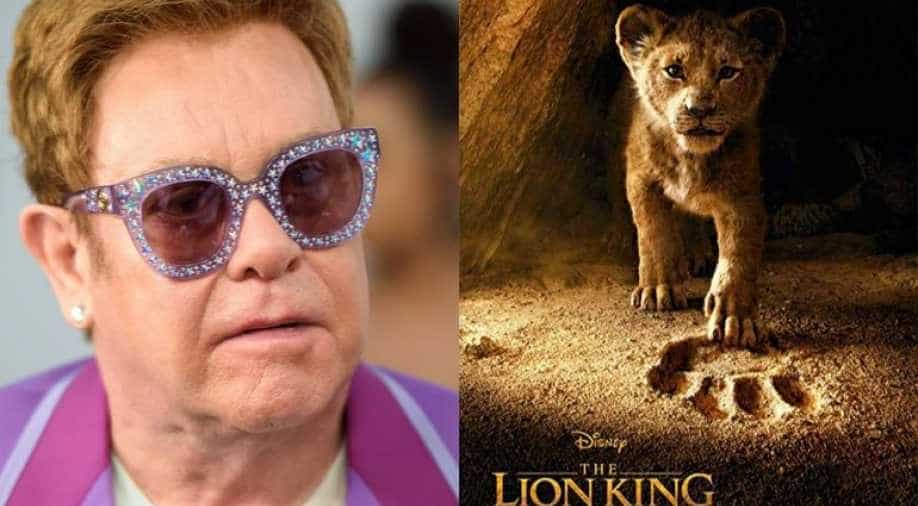 Elton John, who composed and performed a couple of songs including 'Circle of Life' and 'I Just Can't-Wait to Be King' for the original 1994 animated film.

Singer-songwriter Elton John isn't in love with Disney's latest live-action remake of 'Lion King'. In his recent interview with GQ UK, the iconic musician criticised the flick saying that 'Lion King's' music is a huge disappointment.

"The new version of 'The Lion King' was a huge disappointment to me because I believe they messed the music up. Music was so much a part of the original and the music in the current film didn't have the same impact. The magic and joy were lost," John said, reported a news agency.

Emphasising on the commercial performance of the film's soundtrack, he also talked about the stronger reception that Disney's original music received back in 1994.

''The soundtrack hasn't had nearly the same impact on the charts that it had 25 years ago when it was the bestselling album of the year. The new soundtrack fell out of the charts so quickly, despite the massive box-office success," John said.

"I wish I'd been invited to the party more, but the creative vision for the film and its music was different this time around, and I wasn't really welcomed or treated with the same level of respect. That makes me extremely sad. I'm so happy that the right spirit for the music lives on with the 'Lion King' stage musical," he added.

It was the legendary musician Elton John, who composed and performed a couple of songs including 'Circle of Life' and 'I Just Can't-Wait to Be King' for the original 1994 animated film. While the latest film features performances from other artists such as Pharrell Williams, Beyonce and Donald Glover.