Elle Fanning opens up about friendship with Angelina Jolie, calls her inspiring 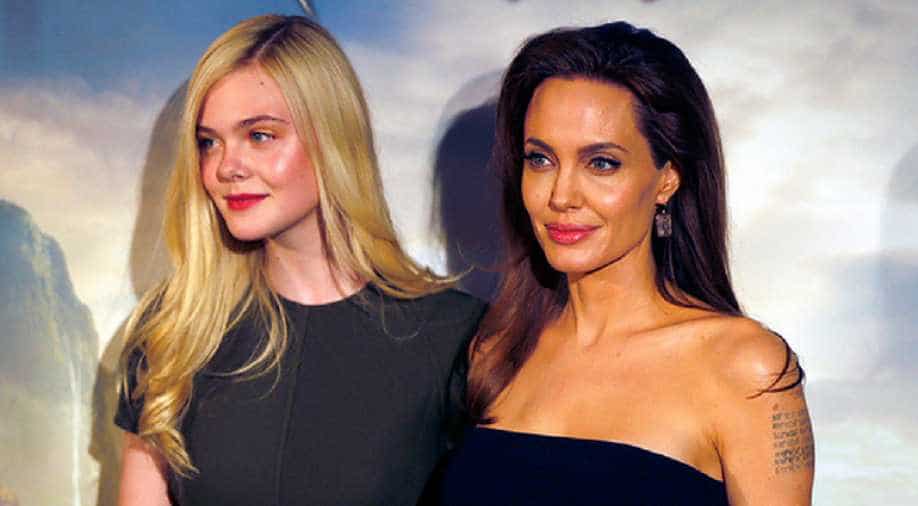 Angelina Jolie will be next seen in 'Eternals', 'Those Who Wish Me Dead', 'Come Away', and 'The One and Only Ivan'.

Five years after the first meeting on the sets of the 2014 'Maleficent', actors Angelina Jolie and Elle Fanning's bond strengthened after they started working together in the sequel of the hit film.

The two actors reunited for 'Maleficent: Mistress of Evil', which releases this Friday, with Fanning's character Aurora all grown up and facing different problems than she did as a younger child in the 2014 original, reported a magazine.

And just like the film, Fanning said that her relationship with Jolie has changed now since she has entered her early twenties. "I'm older, and the things we can talk about now are different," Fanning told a magazine in this week's issue.

"I feel like I can ask her anything and I have," the 21-year-old star added. Fanning noted that Jolie is someone who inspires her and added that the 44-year-old actor stands up for what she feels is right.

"Watching her is so inspiring. As a person, she has such strength in her convictions. She really stands up for what she feels is right and will protect you at all costs. I've truly seen her nurturing and protective instincts. It's so beautiful," Fanning said, praising Jolie.

Jolie also shares mutual feelings about her friendship with Fanning. The actor opened up to People about the special place Fanning has in her life."The first moment she ever saw me, she was 14 and she ran up and gave me the biggest hug. Elle was the sweetest. Nothing about me intimidated her," Jolie recalled of their first meeting.

"I'll always feel close to Elle. She knows I'm goofy. I know she has great strength," she added. The duo's bond is not limited to just working together. The two also bonded off-set with Jolie's six children, Maddox, Pax, Zahara, Shiloh, and 11-year-old twins Knox and Vivienne, who came along while their mother when she shot the film in London.

And their off-screen activities could get a little intense, including a paintball outing where Jolie was far better than Fanning."Probably not Disney-approved, because we could have gotten injured. We had welts on our legs. I'd never gone paintballing before. Angelina does it a lot. She was good. I was trying. I hit her security guard in the neck. And he was on my team," Fanning joked.

On the work front, apart from 'Maleficent: Mistress of Evil', Jolie will be next seen in 'Eternals', 'Those Who Wish Me Dead', 'Come Away', and 'The One and Only Ivan'.