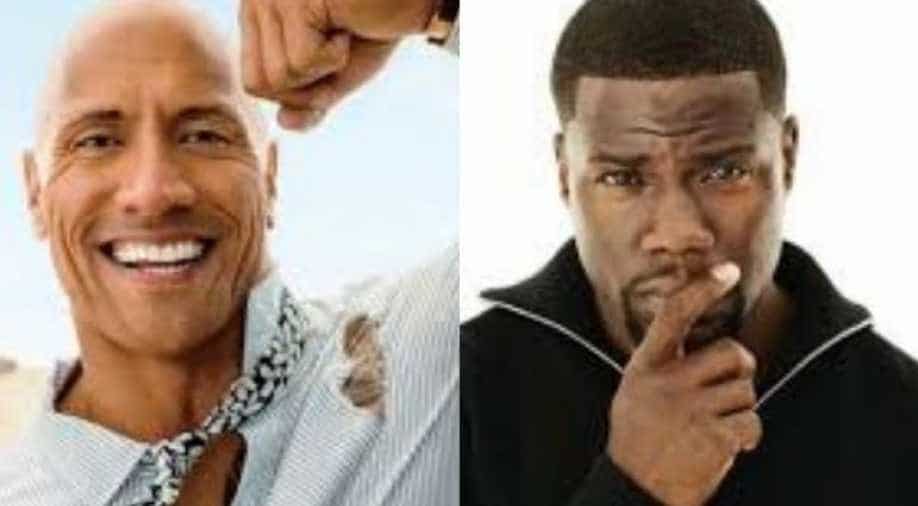 Actor Dwayne Johnson is going all out for his friend and actor Kevin Hart following his car accident over the weekend.Hart was involved in a car crash, which left him with major back injuries.

Actor Dwayne Johnson is going all out for his friend and actor Kevin Hart following his car accident over the weekend.Hart was involved in a car crash, which left him with major back injuries. Following the accident, he successfully underwent back surgery and is said to be "doing fine".However, as Hart recovers, he`ll be unable to make the scheduled appearance on the premiere episode of Kelly Clarkson`s new talk show titled `The Kelly Clarkson Show`.

After hearing about his friend`s injury, Johnson made the decision to return from his honeymoon early to appear on the talk show as Hart`s replacement and support his friend, reported E! News.Johnson, who recently got hitched with his longtime love Lauren Hashian, had been in Kauai before flying back to Los Angeles for Clarkson`s show."When my son goes down with an injury, his big daddy steps in. I did leave my honeymoon early (Lauren approved cos she LOVES Kelly) and now me and Kelly are new best friends.

Tune in this Monday! We had the best time," Johnson tweeted, confirming the news.Johnson, who co-stars with Hart in `Jumanji`, also shared a clip from his upcoming appearance on Clarkson`s show. `The Kelly Clarkson Show` will premiere on September 9.Sources told the outlet that doctors completed a successful back surgery on Hart after he was brought injured.

He is expected to stay in the hospital for a few more days while he recovers completely from his injuries and is being kept under thorough observation. The 40-year-old star was left injured when his vintage Plymouth Barracuda veered off the road in California on Sunday morning.

The actor was a passenger in his car when its driver, friend Jared Black, lost control and crashed through wooden fencing just before 1 am on Mulholland Highway in Malibu, a spokesperson for the California Highway Patrol shared.The car crashed about 10 feet off the road and into a ditch, leaving Black and Hart with "major back injuries," TMZ reported on Sunday.

A third occupant, Black`s fiance Rebecca Broxterman, was unharmed. Hart left the scene and headed to his home nearby, but was later treated for his injuries at a local hospital.On the work front, Hart is set to appear in `Jumanji: The Next Level` later this year, and he will also feature in 2020 drama film, `Fatherhood