Dwayne Johnson and Emily Blunt to play couple in next project 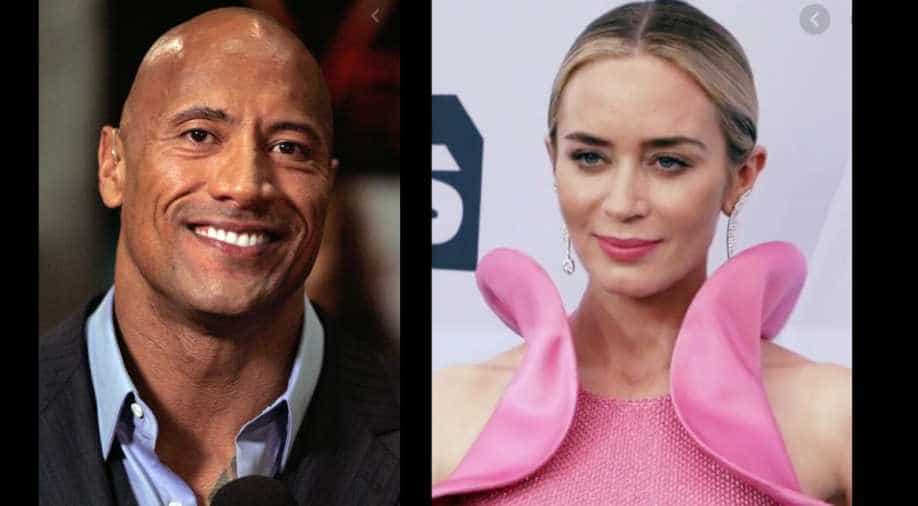 The project is still in the bidding phase with several studios eyeing it.

In a first, Dwayne Johnson and Emily Blunt are to collaborate on a project and play on screen couple. Called ‘Ball and Chain’, Netflix has shown interest in the project.

As for the stars, they are said to portray a bickering couple who receive super powers that only work if they can learn to put aside their differences and work together. This is basically following the description from the four-part comic book published in 1999 titled ‘Edgar and Mallory Bulson’.

The script is by Emily V. Gordon (The Big Sick), and Kevin Misher is producing with Seven Bucks.

The project is still in the bidding phase with several studios eyeing it.

Dwayne Johnson and Emily Blunt were seen together in ‘Jungle Cruise’.