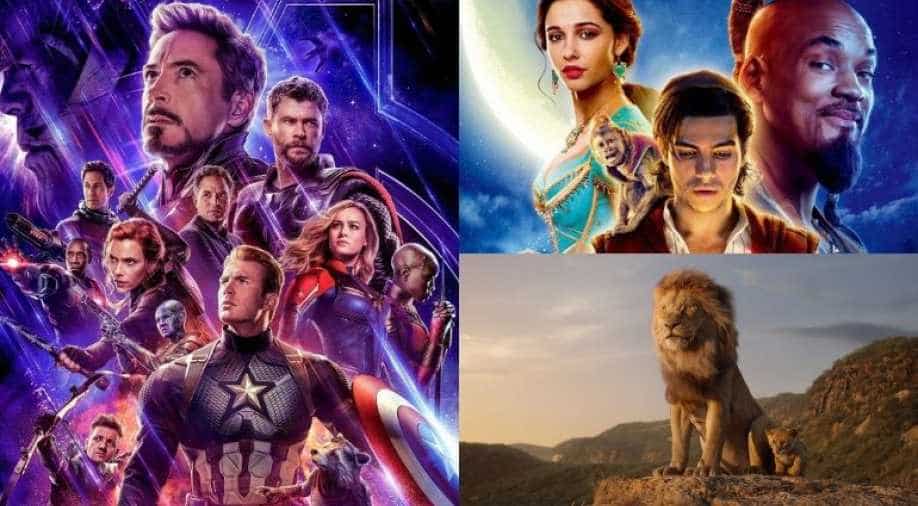 The results included the recently acquired film and television assets from 21st Century Fox, which puts Disney atop the Hollywood box office as it looks to boost its share in an on-demand television battle with Netflix and Amazon.

"I'd like to congratulate The Walt Disney Studios for reaching $8 billion at the global box office so far this year -- a new industry record -- thanks to the stellar performance of our Marvel, Pixar and Disney films."

The latest results were highlighted by box-office hits such as "Avengers: Endgame," "Aladdin," "Captain Marvel" and "Toy Story 4."
The latest "Avengers" film smashed records this year to become the all-time top grossing film with $2.8 billion.

Disney also included results from Hulu, the online streaming service in which it acquired a controlling stake with the Fox deal.
Disney, which also operates theme parks and the ABC and ESPN television networks, is focusing on streaming as it gears up for the launch of its Disney+ service.

Iger announced that the entertainment colossus will take advantage of its control of Hulu to bundle an ad-supported version of the streaming television service with Disney+ and ESPN in the US for a monthly subscription price of $12.99.

He contended that the bundle would offer a cornucopia of high-quality viewing content at a "tremendous" price.

Disney's video streaming service will launch in the US in November, spotlighting its blockbuster-making studios as it takes on powerhouse Netflix.

Disney said that after launching in the US on November 12 at a starting price of $6.99 monthly, Disney+ will gradually expand internationally with a start in Europe.

Disney's service will offer its films and TV shows, along with the library it acquired from Rupert Murdoch's 21st Century Fox. That includes the "Star Wars" and Marvel superhero franchises and ABC television content.

In the recently ended quarter, revenue from Fox film studio was lower than Disney had expected, according to executives.

Disney is working to put some of its movie magic into Fox films, particularly its live-action titles, according to Iger.

"We're all confident that we're going to be able to turn around the fortunes of Fox live action and you'll see those results in a couple of years," Iger said during an earnings call.

Disney wants to rapidly ramp up its digital streaming business and is in talks with potential digital content distribution partners including Amazon, Apple and Google, according to Iger.

"You can expect that we will conclude deals with them as distribution partners," Iger said.

"We think it's important for us to achieve scale relatively quickly and they'll be an important part of that."

Disney's "direct to consumer" revenues rose in the past quarter from $827 million to $3.8 billion, but its operating loss more than tripled to $553 million due to its investments and consolidation of streaming operations.