Did Kate Middleton suggest Angelina Jolie to get back with ex Brad Pitt? 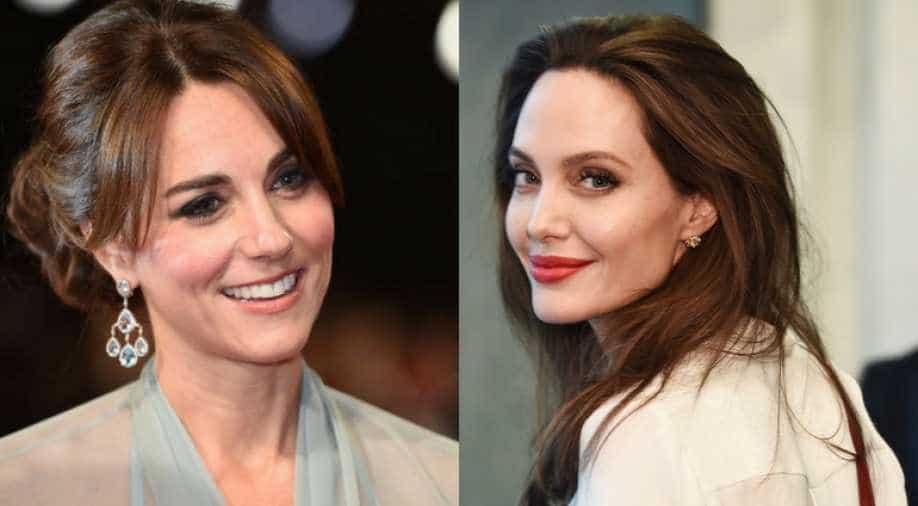 Angelina Jolie and Kate Middleton have been bonding off late. The pair who first met in 2015, recently caught up with each other while Jolie was in London to shoot for 'Maleficent 2'.

According to a report in The Hollywood Reporter, the actress and the royal met up over tea and Kate inquired about how Jolie was coping post separation from Brad Pitt. Palace insiders state that Jolie poured her heart out to the Duchess of Cambridge&nbspabout the difficulties she is facing in raising her six children as a single mother and also spoke about her bitter legal battle with Pitt over the custody of their children.

"They’ve grown close through their charity work and try to stay in touch via email, but the last time Kate saw Angie in person was for tea in 2015, and her ex Brad Pitt was with her. So Kate carefully asked how things were going since the split," the insider said.

The person added, “She poured her heart out. She told Kate about everything she’d been through this past year and a half, the difficulty in raising kids as a single mom, their custody issues and missing Brad.”

Kate allegedly offered some advice to Angelina as well. "She told Angie she should take Brad back. Kate said she saw what a fantastic couple they were and, if Angie could find it in her heart to forgive him, it’s worth giving their union another shot.”

Apparently, instead of being angry at Kate's suggestion, Angelina was “genuinely touched” by her advice.

The insider insisted that Kate's concern stems from her own respect for Angelina and Brad as a couple. The person claimed she “wants to do what she can do to help this couple in distress.”

'Not for me' says Seth Rogen on Marvel films