Did 'Jai Bhim' pay to get featured on Oscars Youtube page? 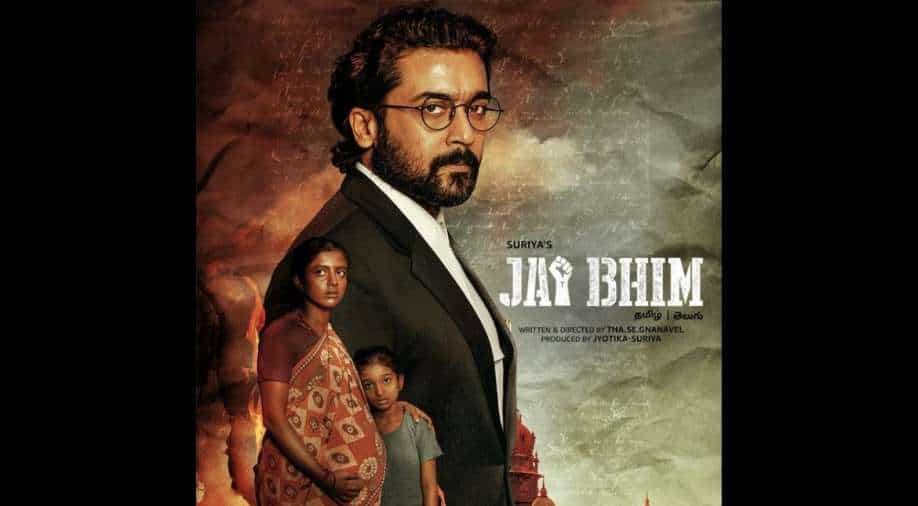 Certain cinephiles have claimed that 'Jai Bhim's' addition in the Scene At The Academy category was not that big an achievement and that a spot under this category can be bought at a certain fee.

A few days back, Tamil film 'Jai Bhim' made its way to the Oscars Youtube page under the Scene At The Academy category. Fans of Suriya, who played the lead role and also produced the film, rejoiced the honour that the film was bestowed with. In fact, Suriya's production house, 2D Entertainment, took to Twitter, to announce the news.

"An honour of the highest order! #JaiBhim has been featured in the official YouTube channel of @TheAcademy #SceneAtTheAcademy," read the tweet.

An honour of the highest order!#JaiBhim has been featured in the official YouTube channel of @TheAcademy #SceneAtTheAcademy

Days later, certain cinephiles have claimed that 'Jai Bhim's' addition in the Scene At The Academy category was not that big an achievement and that a spot under this category can be bought at a certain fee.

When the news first broke last week, it was misconstrued by many that by featuring on the Oscars Youtube channel, 'Jai Bhim' was now eligible to compete in various categories at the Oscars 2022. But that's not the case.

Many argued on Twitter that the 'Jai Bhim' was as eligible for Academy Awards as any other film. The inclusion under the Scene at the Academy category did not ensure direct entry to the award ceremony.

A bit of research lead us to the official Oscars page which clearly indicates that anyone who pays USD 5000 (Rs 3, 70, 000 approx) as a submission fee can qualify to feature a scene under this category.

If you pay Rs 3,72,000, the video will be published Oscar’s YouTube Channel. This is how Jai Bhim video is streamed in Oscar Channel. So actor Suriya started following cheap marketing tricks as like DMKians? pic.twitter.com/nFBA9YfG2D

According to the guidelines, if a filmmaker/producer wishes to submit their movie’s clipping to the channel for a spotlight, then they have to a submission fee and feature the filmmaker discussing the scene. The guidelines also state that the clipping can be 15 minutes or a maximum of 20 minutes long. Read the guidelines in details here

'Jai Bhim' submitted its introductory scene under this category.

According to the official page, Scene At The Academy is an opportunity to create exclusive content – spotlighting the filmmaking and creative process behind the movies – for the Academy’s global members and fans.

"It focuses on filmmakers and artists talking about the evolution and breakdown of a scene (one or two scenes, maximum) or an element (i.e. song) in the film that captures and represents the approach to the movie," reads the description on the page.

'Jai Bhim' though has made it to the long-form list of films eligible for the 94th Oscars year. At present 276 films are eligible for the awards this year including Mohanlal's 'Marakkar: Arabikadalinte Simham'.

Suriya's film, based on a real incident of 1993, was released on Amazon Prime Video in 2021 and is considered one of the best films of the year. The film highlighted police atrocities on the marginal sections of the society, caste violence and how a lawyer fought for the rights of a tribal woman, who has been wronged by the legal system.