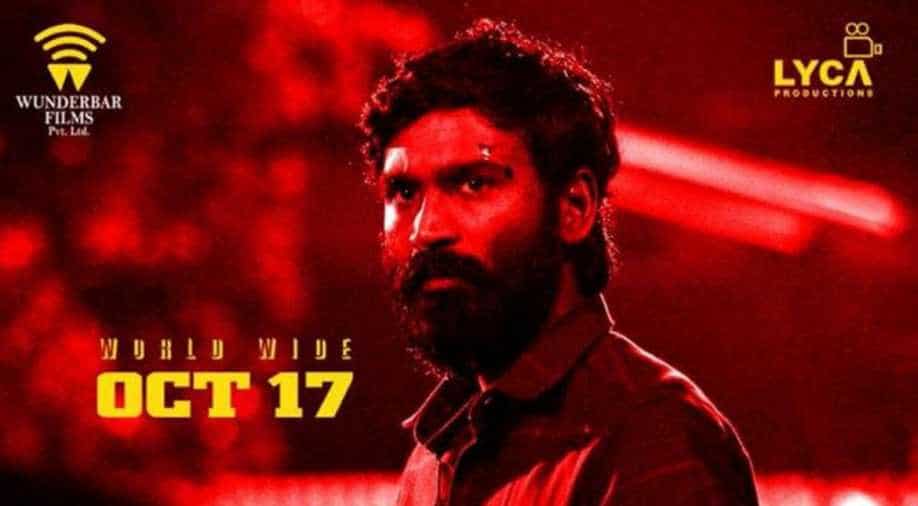 As ‘Vada Chennai’ released in theatres today, Tamil director Vetrimaaran spoke about teaming up with Dhanush for the third time.

As ‘Vada Chennai’ released in theatres today, Tamil director Vetrimaaran spoke about teaming up with Dhanush for the third time. They worked together most recently in ‘Aadukalam’ which got them their first Indian national Award.

‘Vada Chennai’ also has director Ameer (of Paruthiveeran fame), director Samuthrakani, Andrea Jeremiah, Aishwarya Rajesh and Daniel Balaji. It is set in north Chennai. For director Vetrimaaran, the story has been stuck with him since 2003. While assisting late director Balu Mahendran on a television series Kadhai Neram, he said, “He wrote the story down for me, about a thousand words draft, but I could not work on it then.”

Speaking about the actors in his film, he said, “My actors stepped out of their comfort zone, not just physically but emotionally for their characters.”

As per the trailer of the film released, ‘Vada Chennai' has Dhanush sporting two looks -- one of Anbu who is a clean shaven guy while other is a grown up, bearded man. Speaking about his film, Dhanush said, “Anbu is a career-defining role. The first time Vetrimaaran spoke about this story was in 2003. We began working on ‘Polladhavan,’ and at that point of time, we could not make this film. We kept it aside to do later. After Aadukalam, we wondered ‘what’s next?’ And, then recalled this script.”

“Vetri was planning to cast Simbu as Anbu and he offered me the role of Rajan. Although Rajan is an impactful character, I was not keen on playing Rajan. I don’t mind saying that I was greedy for the role of Anbu. So I declined to play Rajan. But then Simbu could not take it up and Anbu came to me. It was meant to happen,” he added.