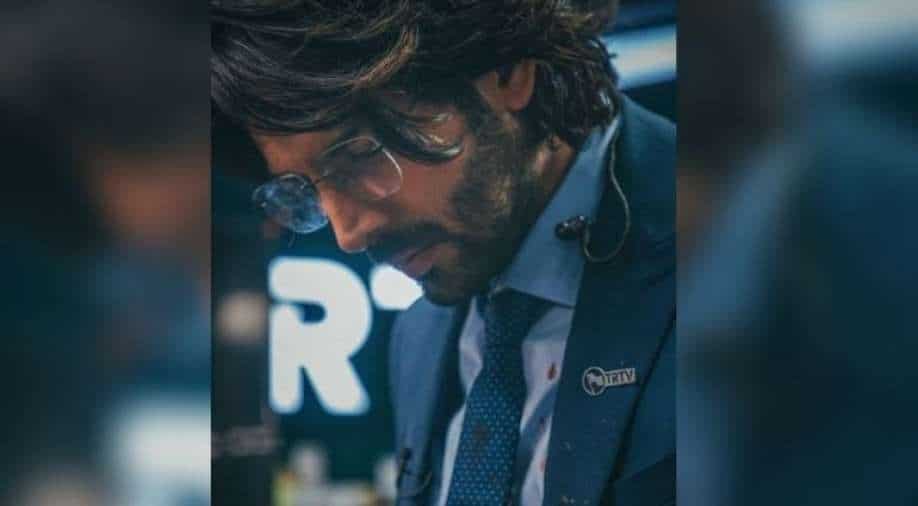 The actor, on Tuesday, released the teaser of his upcoming film 'Dhamaka' which will be releasing on Netflix.

Kartik Aaryan is back on-screen, this time in an intense avatar.

The actor, on Tuesday, released the teaser of his upcoming film 'Dhamaka' which will be releasing on Netflix. The Ram Madhvani-directed thriller will see Aaryan play a journalist named Arjun Pathak, who covers the live broadcast of a terror attack in Mumbai.


With the series of ups and downs and events that follow, he must make a choice between his future career or the humanist in him. Aaryan took to Instagram to the share teaser of the film, slated to be released this summer.

"Main hoon #ArjunPathak. Jo bhi Kahunga Sach Kahunga (I am Arjun Pathak. I will speak the truth and nothing but the truth). #Dhamaka Coming soon, only on Netflix," he captioned the post.

The 30-year-old actor said that working on 'Dhamaka' was an enriching experience. "Working with a maverick like Ram Madhvani has allowed me to explore and showcase a new facet of my personality. I am thrilled that the film will reach audiences and my fans all around the world on Netflix,"

The film also stars Mrunal Thakur and  Amruta Subhash in key roles. The film will mark a relief for Arayan from comedy films and foray into a more serious genre. Earlier, the actor has played an intense role in Luv Ranjan's Aakashvaani.

The streamer is yet to announce the date of the film's release.