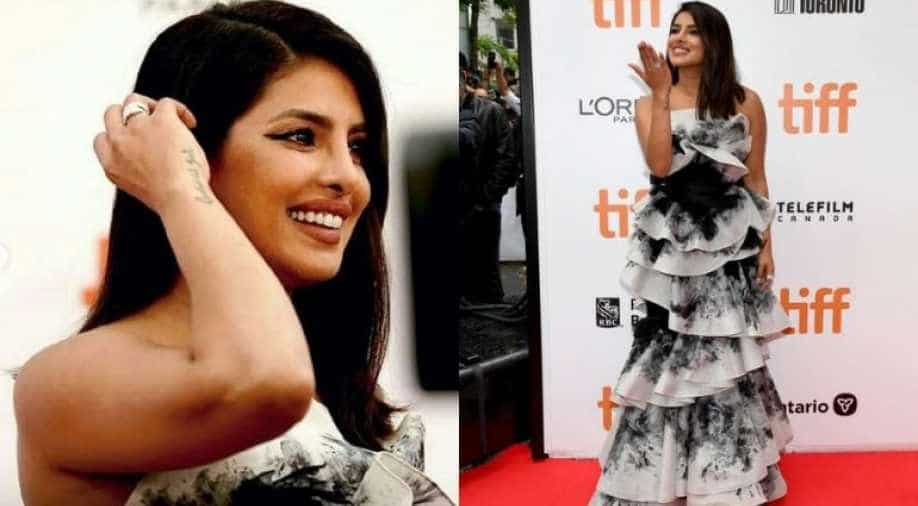 'The Sky Is Pink' marks the Bollywood comeback of Priyanka after a hiatus of almost three years.

Priyanka Chopra made the grand return to the 2019 Toronto Film Festival by slaying with her looks on the red carpet. The 'Desi Girl' made the first appearance at the festival wearing a ravishing black and white frill gown ensemble for the mega event.

Priyanka looked absolutely stunning in the couture with sweetheart neckline. The dress also featured a black satin belt which added extra grace to the whole outfit. She is visiting the Film Festival for the world premiere of her upcoming film 'The Sky Is Pink'. 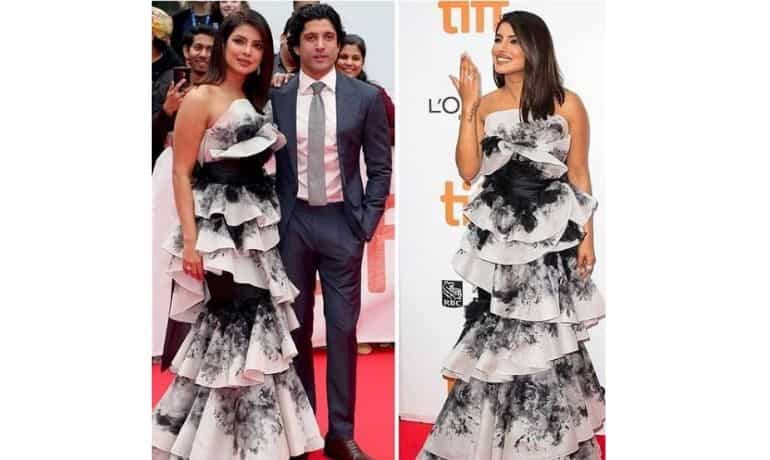 The actor is joined by co-actor Farhan Akhtar and Rohit Saraf. She is also expected to be accompanied by Zaira Wasim. The 'Isn't It Romantic' actor took to social media to share a series of Instagram stories, where she can be seen signing autographs at the red carpet.

In another post, she is posing with the director of 'The Sky Is Pink' Shonali Bose and co-actors Farhan and Rohit Saraf who were looking equally dapper. 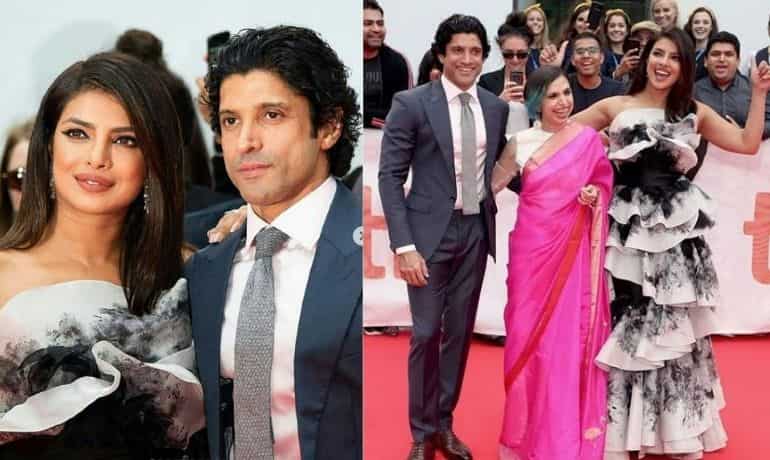 'The Sky Is Pink' marks the Bollywood comeback of Priyanka after a hiatus of almost three years. The film is based on the life of Aisha Chaudhary, who became a motivational speaker after being diagnosed with an immune deficiency order at the age of 13. It also sheds light on the love story of her parents.

It is co-produced by Priyanka, Ronnie Screwvala and Siddharth Roy Kapur, and will hit the big screens on October 11. Priyanka last appeared in Hollywood film 'Isn't It Romantic', starring Rebel Wilson, Liam Hemsworth, and Adam DeVine.

Farhan, on the other hand, is currently prepping for Rakeysh Omprakash Mehra's 'Toofan', in which he will be essaying the role of a boxer.