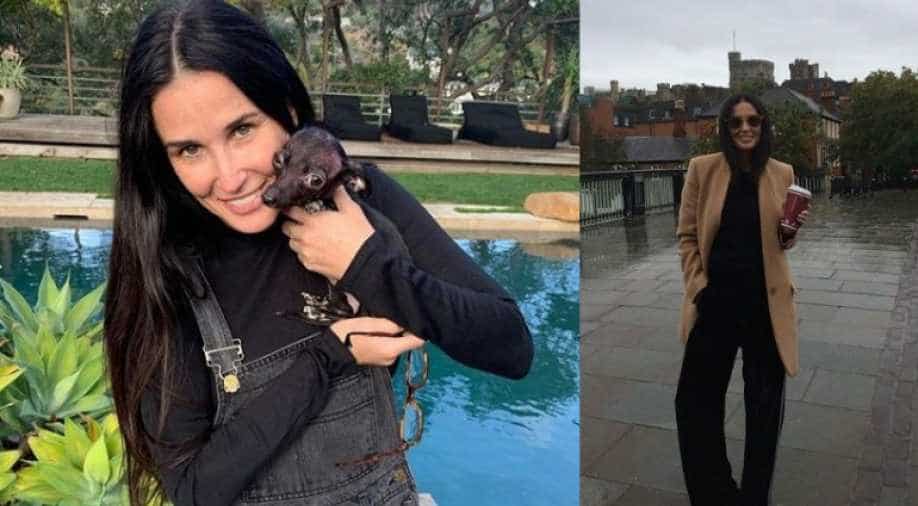 The 56-year-old star made the shocking revelation at `Good Morning America` show on Monday. She was at the show to talk about her new memoir `Inside Out`.

American actress Demi Moore has revealed that she was sexually assaulted at the age of 15 by a man who paid her mother for the heinous act.

The 56-year-old star made the shocking revelation at `Good Morning America` show on Monday. She was at the show to talk about her new memoir `Inside Out`.

The actor has dedicated the book to her three daughters as well as her mother, who died in 1998.

According to Moore, the sexual encounter happened when she came home one night and an older man in the house with her mother. After he raped her, Moore said that he asked her how it felt "to be sent in as a wh*** by your mother for $500."

"I think, in my deep heart no -- I don`t think it was a straightforward transaction," Moore told the television journalist about whether she felt her mother sold her.

"But she still -- she did give him the access and put me in harm`s way," she shared.

The star said her parents suffered from alcoholism and the family moved across the country frequently as they faced debt.

She even expressed that her mother tried to commit suicide when she was 12."I remember using my fingers, the small fingers of a child, to dig the pills my mother had tried to swallow, out of her mouth," Moore recalled in her book.

In her memoir, Moore also talks about battling addiction to cocaine, painkillers and alcohol and also makes claims about her ex-husband Ashton Kutcher and their relationship.