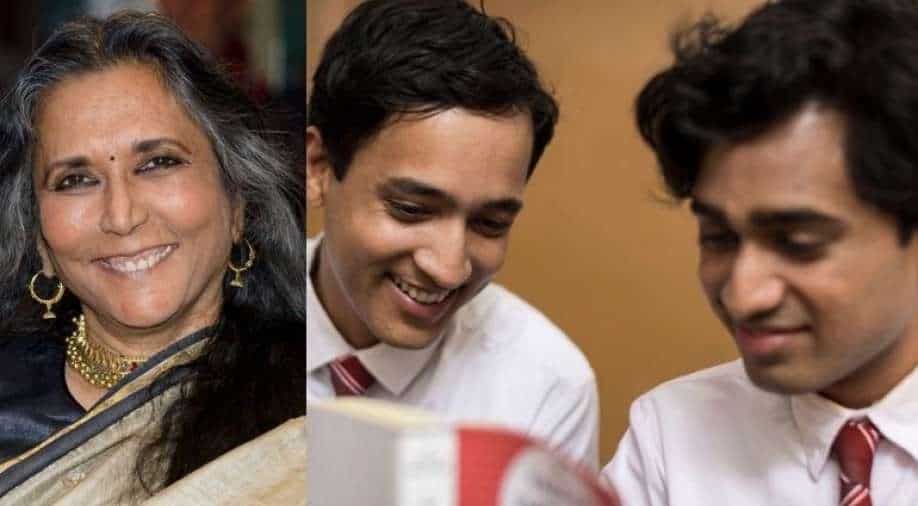 Deepa Mehta and a still from 'Funny Boy' Photograph:( Twitter )

Indian filmmaker Deepa Mehta's upcoming feature 'Funny Boy' has been chosen as the official entry from Canada at the 93rd Academy Awards in the best international film category.

Acclaimed Indian filmmaker Deepa Mehta's upcoming feature 'Funny Boy' has been chosen as the official entry from Canada at the 93rd Academy Awards in the best international film category.

If selected, it will be the second time that the director will be competing in the category.

Mehta's film 'Water', the third feature in her Elements trilogy, was Oscar-nominated in the international feature film category back in 2007.

The first film in the trilogy was 'Earth' and the director followed it up with 'Fire'. 'Funny Boy' is an adaptation of author Shyam Selvadurai's 1994 novel of the same.

Set in Sri Lanka during the 1970s and 1980s, the film explores the sexual awakening of its young protagonist Arjie (played by Arush Nand/Brandon Ingram) from a young boy, deemed 'funny' by disapproving family, to a teenager enamoured by a male classmate.
As political tensions escalate to a boiling point between the minority Tamils and the majority Sinhalese, the young boy comes of age in society and family that doesn't embrace difference outside of societal norms.

"Eleven outstanding films were submitted this year, and we are confident that Deepa Mehta's 'Funny Boy' will appeal to Academy members just as her powerful film 'Water' did in 2007 when it was nominated in this prestigious category,"said Christa Dickenson, executive director of Telefilm Canada, which chairs the pan-Canadian selection committee deciding the country's entry for the Oscars.
Mehta was raised in India's capital New Delhi and is now based in Toronto. The filmmaker believes 'Funny Boy' serves hope in the world full of divides.

"'Funny Boy' to me is about humanity and hope. It's about holding up a flag of inclusion, in a world tethering towards an abyss of the great divide. David Hamilton and myself thank the jurors across Canada who saw fit to support our film 'Funny Boy'," she said. The film is co-written by Mehta and Selvadurai.

It was announced earlier this month, that Hollywood filmmaker Ava DuVernay's ARRAY Releasing has acquired "Funny Boy" and will be releasing the film theatrically in select cities as well as on streamer Netflix on December 10.