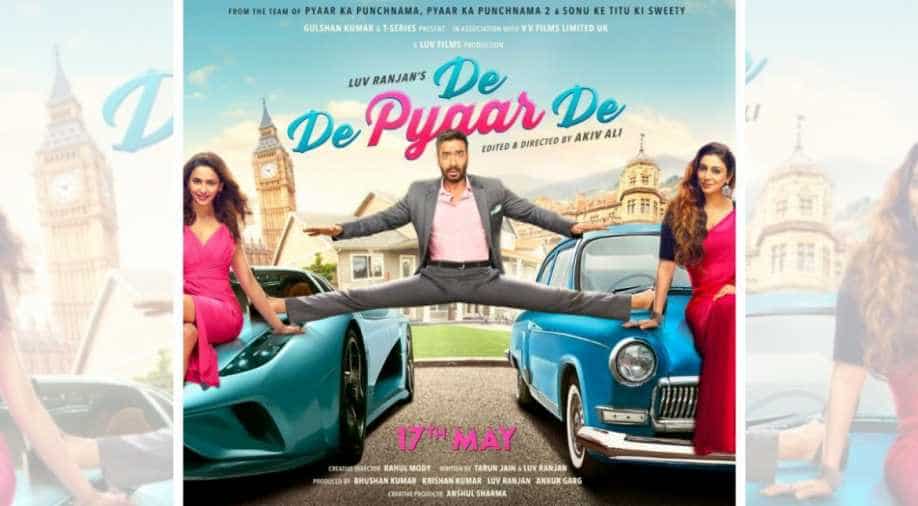 Devgn, who turned 50 on Tuesday launched the trailer in Mumbai along with the rest of the cast and crew of the film.

It's so refreshing to see a Bollywood actor playing his age on screen. Bollywood superstar may age in real life, but the age of their characters on the big screen remains ambiguous most of the time. Which is why it is refreshing to see the trailer of 'De De Pyaar De' which stars Ajay Devgn, Tabu and Rakul Preet Kaur.

Devgn, who turned 50 on Tuesday launched the trailer in Mumbai along with the rest of the cast and crew of the film. The trailer shows the actor playing a 50-year-old man who is in love with a woman half his age. A romantic-comedy, the film will reunite Tabu and Devgn who were a popular pair in the 1990s. The two play a former couple in the film. Rakul Preet plays Devgn's much younger girlfriend. The film also stars Javed Jaffery and Jimmy Shergill.

The film has been directed by Akiv Ali and produced by Bhushan Kumar, Krishan Kumar, Luv Ranjan, and Ankur Garg. The film will release on 17th May 17.