Daisy Ridley opens up on filming 'Star Wars: The Rise of Skywalker' after Carrie Fisher's death 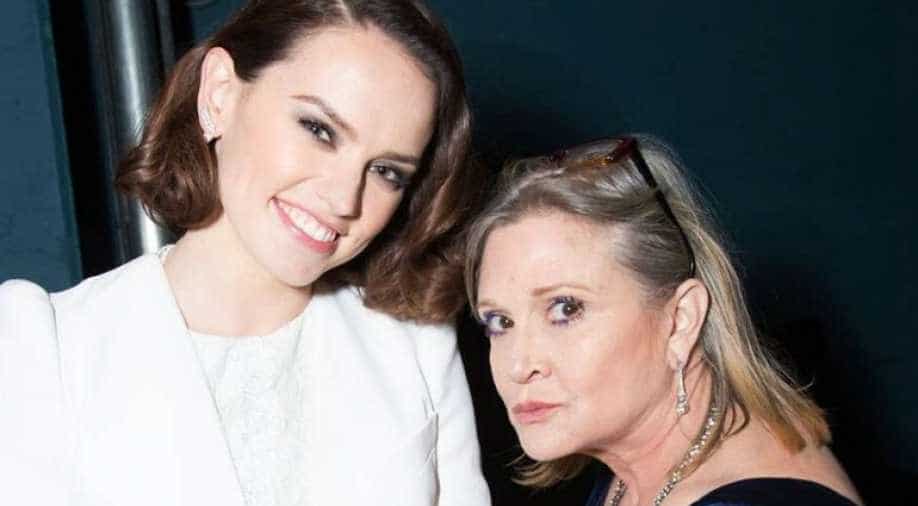 The star confessed that the scenes without Fisher were hard to film, they'll be tough for viewers to watch, as well.

Ridley recently spoke about her time on set, calling Fisher's absence "difficult." Ridley not only lost a friend and co-star after Fisher suffered a heart attack in 2016 but in order to complete the most recent 'Star Wars' trilogy, Ridley had to film scenes that would be spliced together with unused footage from 'The Force Awakens', reported a news agency.

The 27-year-old actor said in the interview: "It was definitely difficult, it was emotional doing it because you're also weirdly picturing her. You're not picturing how the scene is going to be".

Ridley also said she never brought up Fisher's death with co-star Mark Hamill, who had known the actor for 40 years before she passed away. However, Ridley also mentioned that she reached out to Billie Lourd, Fisher's daughter and fellow 'Star Wars' alum, to "ask Billie how she was doing".

The star confessed that the scenes without Fisher were hard to film, they'll be tough for viewers to watch, as well. Ridley said, "It's really sad. And it's going to be really sad, but also, it's amazing that they have all this footage that is woven into the story in such a strange way".

Ridley also slipped a hint about the movie's emotional ending, confessing shooting the scene was emotional both on and off-camera. "The scene was me being very sad," Ridley said, telling a news agency that she didn't stop crying when the director called "cut".

The 'Ophelia' actor added, "Let's just say it was not hard to be upset in that scene ". 'Star Wars: The Rise of Skywalker' also stars John Boyega, Oscar Isaac, Adam Driver, and Lupita Nyong'o.

In a heartwarming gesture, Disney has made a dying fan's wish of watching 'Star Wars: Rise of Skywalker' come true. The fan, who is a one terminal hospice patient, had the wish of watching the flick with his son, ahead of the film's scheduled release date