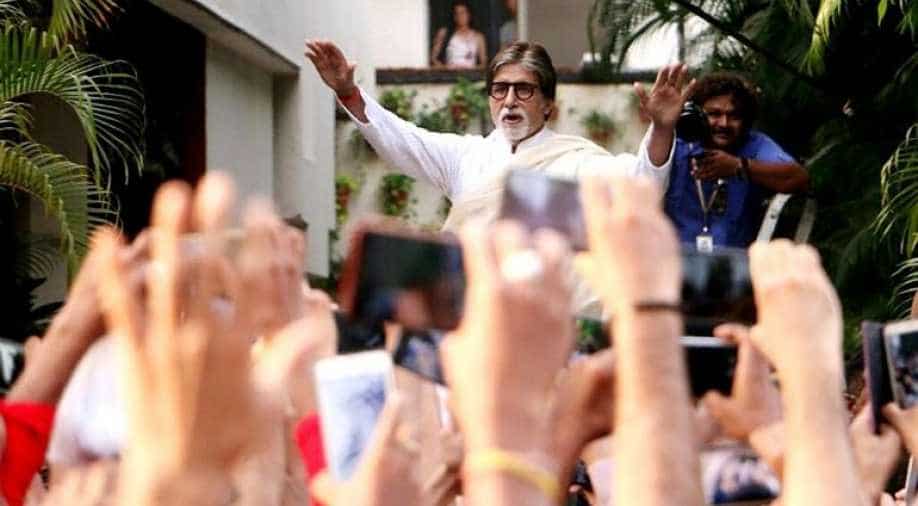 Amitabh Bachchan too has appealed fans to not gather in front of his house on Sunday amid coronavirus scare Photograph:( Facebook )

In the wake of the ongoing coronavirus pandemic, all filmmaking and production bodies in India have unanimously decided to stop filming for all kinds of entertainment formats temporarily.

In the wake of the ongoing coronavirus pandemic, all filmmaking and production bodies in India have unanimously decided to stop filming for all kinds of entertainment formats temporarily.

A notification unanimously issued by the Indian Motion Pictures Producers` Association, Federation of Western India Cine Employees and other similar bodies have ordered that shooting for films, TV shows, digital and other kinds of entertainment format will have to remain suspended from March 19 to 31.

The notification reads, "In view of the epidemic spread of COVID-19 throughout the world including India, an urgent joint meeting of IMPPA- WIPFA-IFTPC-IFTDA-FWICE held on 15-3-2020 unanimously decided to stop shooting of films, TV serials, web series and all other entertainment, including digital formats from 19-3-2020 till 31-3-2020 as a result of health advisory, closure of all cinema halls, all sporting, educational institutes and entertainment events by the Government of India which has declared a medical emergency over the coronavirus. We appreciate and support all the steps taken by the Government of India to control the virus."

"All units shooting till the stoppage comes into force have been strictly advised to follow all precautionary and preventive measures without fail. The decision about re-starting shootings shall be taken on 30-3-2020 after considering the prevailing situation."

On Saturday, media reports claimed that Salman Khan was continuing shooting in Mumbai for his upcoming film 'Radhe: Your Most Wanted Bhai' even as the makers insisted that they were adhering to all safety norms on set.

Meanwhile, Bollywood megastar Amitabh Bachchan tweeted on Sunday morning requesting his fans not to gather outside the gate of his bungalow Jalsa for their weekly meet and suggested them to stay safe.

Other celebrities like Kareena Kapoor Khan, Parineeti Chopra and Katrina Kaif have too requested fans to not panic, but to take precautions.