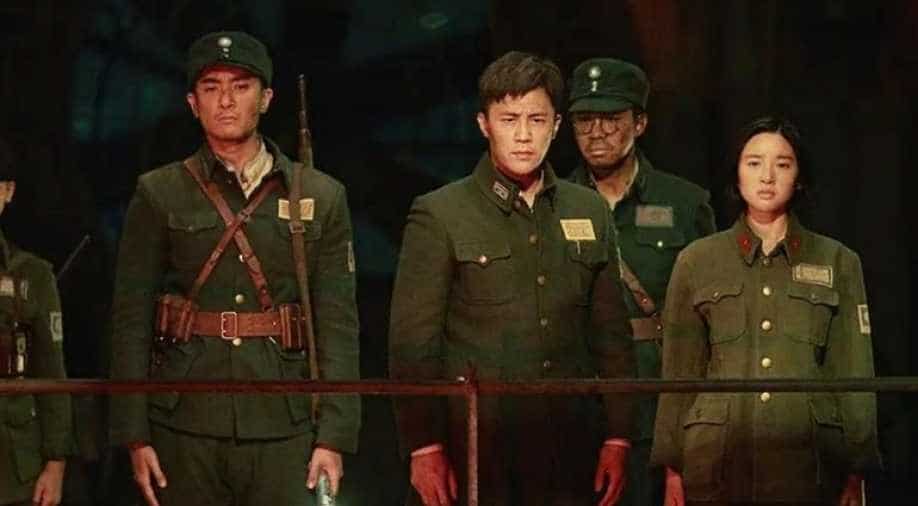 Made on a reported budget of $80 million by Huayi Brothers and is directed by Guan Hu, it is the first Chinese film to be entirely shot with Imax cameras.

Chinese audience will finally be getting to watch much talked about film 'The Eight Hundred' on the big screen come August 21. The film was slated to release across China in 2019 but was delayed to due mysterious political circumstances.

The film will open in both conventional as well as Imax cinemas in China. Its the first big-budget Chinese film to release in theatres post-pandemic. China has started operations of cinema halls since last July.

Made on a reported budget of $80 million by Huayi Brothers and is directed by Guan Hu, it is the first Chinese film to be entirely shot with Imax cameras.

The film's story highlights the sacrifices made by a ragtag group of Chinese soldiers in 1937 Shanghai as imperial Japanese troops advanced. The group's operations were once praised  by Mao Zedong himself as a “classic example of a national revolution.”

The theme of the movie, many felt, was patriotic and in tune with the Chinese government's celebration of the 70th anniversary of the founding of the People’s Republic.

The film was even selected to open the Shanghai International Film Festival in June last year but got canceled 24 hours before the screening. The film's commercial release on July 5 was aslo called off.

The censor board in China had given its clearance but the film did not get screening at the prestigious fuilm festival due to political reasons. Interestingly, the incident revealed a new dimension to the censorship and approvals system in the country.
The film was screened prior to the festival to a group of Communist Party scholars and experts who call themselves the China Red Culture Research Association . The film recieved  criticism from this group. The members of the association criticised the way the film depcted the role of rival Kuomintang Party, which ruled China until it lost the civil war against the Communists in 1949 and fled to Taiwan. The two parties continue to fight with each other over their respective roles during war with Japan .
The association’s secretary general, Wang Benzhou, criticized the film by saying: “The class oppression within the ranks of the Kuomintang army, the misdeeds of its officers and its evil oppression of the people have disappeared without a trace, making it seem that the Kuomintang army was the real people’s army.”
While there is no clear evidence that the film's release was stalled for this reason, the assocuiation's stance likely echoes that of that of the Party’s Propaganda Bureau, which since mid-2018 took over as China’s top film censorship authority.
This is not the first time that a film in China has been stalled. Zhang Yimou’s Cultural Revolution drama 'One Second' was abruptly pulled down from Berlin festival in February 2019, while youth drama 'Better Days' was similarly cancelled from Berlin, but later on went on to have a stellar theatrical career.
According to reports, the country is particularlyt sensitive towards the portrayal of the Communist Party and deeply scrutinise the content of such political films. Since last year was the 70 anniversary of the Party's rule, each and every film was deeply scrutinised to match the patriotic sentiments of the government.