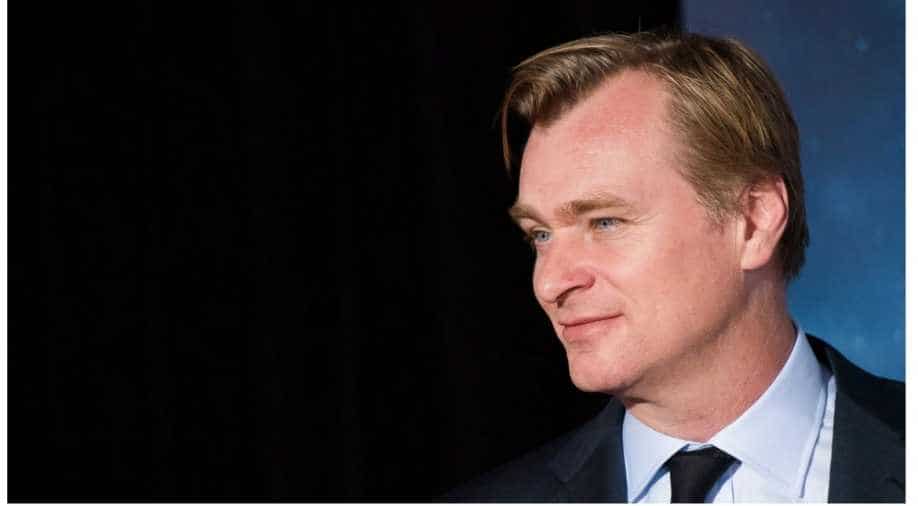 Christopher Nolan recently heaped praises on Denis Villeneuve's 'Dune' and called it one of the greatest blends of VFX and cinematography he has ever seen.

Ace filmmaker Christopher Nolan recently heaped praises on Denis Villeneuve's 'Dune' and called it one of the greatest blends of VFX and cinematography he has ever seen.

The Hollywood Reporter obtained the recent podcast interview of Nolan where he talked about the mega-budget tent pole 'Dune' and appears like he too has identified himself as an ardent Denis Villeneuve and 'Dune' fan.

For the unversed, the 'Tenet' director sat down with 'Dune' director Villeneuve to discuss the making of the film for an episode of the Directors Cut Podcast, recorded after a screening at the DGA Theatre in Los Angeles.

As per The Hollywood Reporter, throughout their chat, Nolan was effusive with his praise of Villeneuve's handling of Frank Herbert's endlessly influential sci-fi classic.

"It's one of the most seamless marriages of live-action photography and computer-generated visual effects that I`ve seen. It`s very, very compelling at every turn," Nolan said.

He went on to say that he thinks this film is "going to introduce a whole new generation of fans to Dune who have never read the book and perhaps will go and read it now. I think it's an extraordinary piece of work. I've had the luxury of seeing it a couple of times now, and each time I watch it I discover new things, new details to the world. The way in which it`s made is absolutely for the big screen. It`s a real pleasure and a real gift to film fans everywhere -- and thank you very much for that, Denis."

Produced by Legendary Entertainment and Warner Bros., 'Dune' is currently riding high at the box office. The recently released film starring Timothee Chalamet, and Zendaya among others in lead roles cover only the first half of Frank Herbert's book, however, and the director has been very public about his ambitions to complete the story with a carefully planned big-budget sequel.

Legendary and Warner Bros have yet to greenlight the sequel, though, awaiting a clearer indication of the first film`s success commercially, which seems to be a little complicated by the fact that Warners released the movie simultaneously over HBO Max, as it has with its entire 2021 theatrical film slate.

On a related note, Nolan and Villeneuve became public allies last year when they rubbed off on Warner Bros for its shock streaming decision.

During their DGA chat, Nolan was quick to query Villeneuve over his decision to split the book into two films, as per The Hollywood Reporter.

Villeneuve said, "It`s something I proposed to the studio right away because I was feeling that to try to put that huge story into one movie would be a mistake. It was not a discussion; they agreed spontaneously."But Villeneuve added that he had originally hoped to film both instalments of `Dune` back to back, or simultaneously, but the studio balked at the expense of the idea.

"I should say that you`re always as good as your last movie, and you bring that reputation to the table, and I think that Blade Runner 2049 just wasn`t a major blockbuster success, so they were a bit cold at the idea of investing in two movies right away," he added.

Nolan said he felt Villeneuve was being all too hard on himself, to which the 'Dune' director replied, "I think that was a negotiating tactic on the studios' part because I think Blade Runner is a very successful film and an incredible piece of work."

He added that he has now actually relieved that he didn`t attempt the enormous task of making two parts of `Dune` at once." I would have died! I'm so happy that we didn`t. I would not have had the stamina to do that. Frankly, the truth is that I`m grateful that it happened this way," he said.

The Hollywood Reporter informed Nolan was particularly curious how Villeneuve had approached the film`s computer graphics work, given how seamlessly CGI shots are integrated into the film`s cinematography."The same way that you do it, I think, I think you shoot as much as possible in real locations and you try to embrace reality.

There are some shots in truth that are pure CGI, but I tried to avoid those as much as possible," Villeneuve replied.
He continued, "The whole movie, to shoot with real environments, it`s all about light at the end of the day. I had a masterclass on how to light a shot on doing Blade Runner with Roger Deakins. Because Roger supervised all of the VFX with me, so I spent a year listening to him on every shot. I learned so much on how to work with VFX with Roger, and that helped me tremendously on how to direct the team here."The two filmmakers also spoke about the exquisite locations. Nolan instantly recognized one of Dune`s primary desert sites. "One of the most spectacular locations you used in the film is Wadi Rum in Jordan, which some of you may known from Lawrence of Arabia," he explained.

"A lot of films have shot in Wadi Rum since Lawrence, but for my money, this is the first time I`ve seen it used in as expressive a way. The sense of place is extraordinary," he added.Villeneuve also reminisced when he and his Director of Photography Greig Fraser were brainstorming the film, it was like a love letter to the big screen theatrical experience.

"The book was calling for that -- the landscape and the story of a boy who will slowly remove the burden of all his heritage and make peace with a side of his identity as he goes deeper and deeper into the landscape," he concluded.

'Dune' received an Eight-Minute standing ovation at Venice Film Festival Premiere. Denis Villeneuve received high praises for his breath-taking adaptation of the 1965 sci-fi classic.A mythic and emotionally charged hero's journey, 'Dune' tells the story of Paul Atreides, a brilliant and gifted young man born into a great destiny beyond his understanding, who must travel to the most dangerous planet in the universe to ensure the future of his family and his people.